Found a pretty good TC/episode that's been out for seventeen years without anyone (well, almost) noticing. Go check out MatH Pak, a 4-map episode from a Slovenian author.

The site turned 14 three weeks ago, something I forgot to mention in the middle of all the DNF fuss. So, here are two new hot maps: Quantum Physics & The Thing. Remember to honor this site as you enjoy these maps.

Also, you may have noticed that I changed the poll. The last one asked for your opinion about Duke Nukem Forever, the 2011 game. Out of the laziness I "let" that poll stay there up until last week, right after the release of our mod, which is when I noticed that DNF (the game) suddenly started getting tons of 5/5 votes. This was because some of you thought the poll was about our brilliant Duke Nukem Forever 2013 mod. Before this misunderstanding the distribution of your votes was (out of 400 votes cast) roughly Gaussian, with the exception that the worst rating (1/5) had the most "mass". So, it seems that many of you guys really hated the 2011 game. Anyway, the current poll is about our MOD so go ahead and give it the 5/5 it deserves! (The IPs of those giving it less than that will be stored for vengeful future use.)

Also, thanks to Come Get Some! for also loving our mod.

Our Duke Nukem Forever laid destruction on the gaming world, even attracting the attention of several popular gaming websites (big thanks for that!). On ModDB it was ranked first (out of nearly 20 000 mods) for several days and has amassed thousands of downloads. I am confident that our mod is in fact the greatest work of art ever conceived by terrestrial beings. We've been having talks with NASA about possibly including a copy of the mod on some future spacecraft, like the Golden Record on Voyager. This would ensure the mod survives even after the Sun has burned up all its fuel.

Anyway, MRCK (see one of his recent maps here) was kind enough to write us a review so check it out here.

If you've only recently discovered the Duke3D modding scene, check out (at least) Metropolitan Mayhem (direct download link here), the AMC TC, WGRealms 2 and Imperium. The Hot Maps section is filled with awesome usermaps and there are Total Conversions over at TC Reviews. (Many of those reviews were written when I was still a kid so they contain tons of bad English.) If a download link is broken, see the Dukeworld archive.

Here's finally Duke Nukem Forever, a mod Gambini & I have been working on for about six months now: DOWNLOAD. Gambini was the creative force behind this project while I contributed one full map, helped with one of Gambini's maps and provided most of the code. This is not a full-length game but a kickass Duke3D mod with some of the best maps ever, tons of quality art ŕ la Gambini and tons new enemies & effects.

Several screenshots, nothing too revealing: 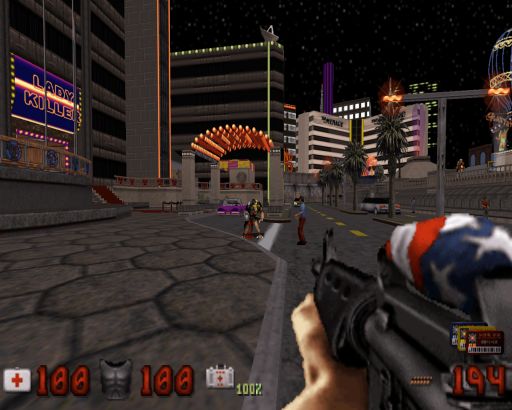 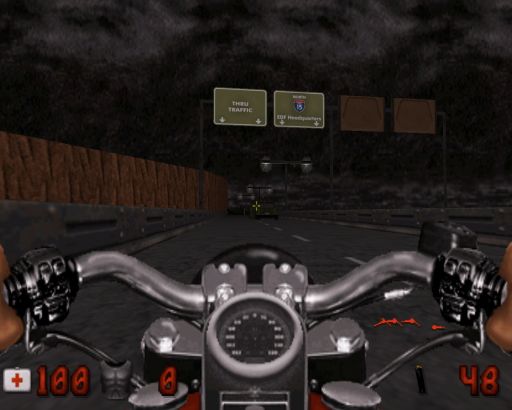 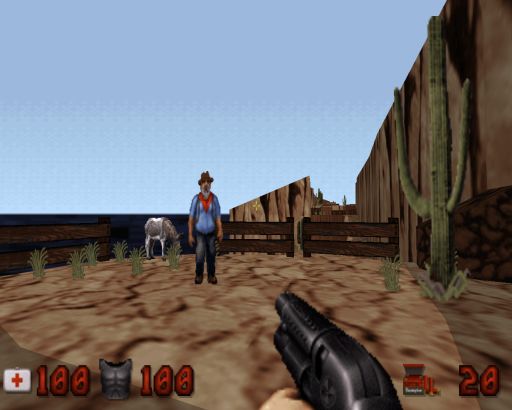 See our ModDB page as well.

While you wait for the big one, here's something to play with, a demo of Pappi_man's upcoming Direct System Episode.

After seventeen years Duke Nukem Forever, or, rather, the game it was meant to be, is finally coming:

Duke Nukem 3D has finally been released on Steam. The Steam version is called Duke Nukem 3D: Megaton Edition, and it includes not just the four-episode version of Duke Nukem 3D (Atomic Edition) but also the three mission packs (Duke It Out In DC, Duke Caribbean and Nuclear Winter) and a DOSBox version of Duke3D. In addition, there are a few (too few in fact) Steam achievements and a multiplayer mode has been promised. All this costs around 10€.

Of course, this version (based on Jonof's port) is inferior to EDuke32 but it's still nice to have Duke3D, especially with all the mission packs, on Steam. Moreover, if you now own Duke3D on Steam you're still able to play user-made maps and mods via EDuke32. All you need is the Duke3D.grp file that's located in your Steam\steamapps\common\Duke Nukem 3D\gameroot\classic folder. Copy it to an empty folder, get EDuke32 and put that in the same folder. Then simply launch EDuke32 or a map/mod-specific launcher. (You can also play usermaps via the Megaton Edition, rather than EDuke32, by adding "-map mapname.map" to the game's launch properties, assuming the map is in the same folder as the exe.) Note that EDuke32 also comes with Mapster32, the most advanced Duke3D mapping editor. (See also The Commander's Steam guide about this.)

The FAQ has been updated with this new information.