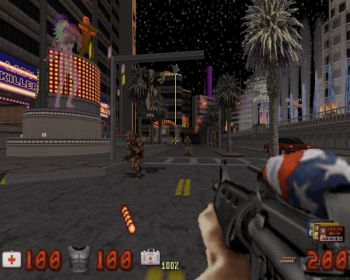 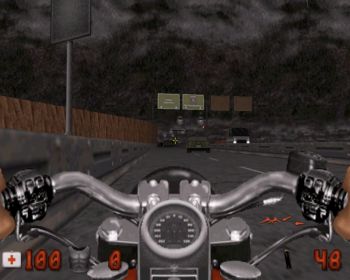 Behind the intricate name of this project - which is bound to successfully catch the attention of the average player - lies a new masterpiece of a mod, carefully crafted by a handful of original, passionate Duke Nukem 3D (and, occasionally, Village People) fans, all with solid experience in mapping and general modding under their belts, which they chose to put to use for a honorable cause (at least as far as our little spot in gaming history goes): Offering their personal take on a playable version of what thousands of players worldwide had come to expect from Duke 3D's eternally controversial sequel, Duke Nukem Forever, during its 16 years of development history, rescuing the dreams that were originated a long ago by official trailers released back in the late 1990s and late 2000s. Those dreams were eventually crushed when the final product, released in 2011 after much industrial turmoil, happened to feature none of the promising elements the developers had showcased before, and - even worse - retained none of what a lot of long-time fans perceived as the original Duke Nukem feel. It amounted to a purely commercial product that, to most people at least, felt like it was rushed and released only to be put out of the way when capitalizing on the franchise was still profitable for the new developers who had, in fact, just purchased the rights to the game from the previous owners (3DRealms) as their enterprise went under.

Now, even though this mod does an incredibly well documented job at featuring a lot of visual, audio and gameplay references to the official trailers for (what was supposed to be) the Duke Nukem Forever game (and the hardcore fans will definitely appreciate all the work that has been put into recreating them, enhancing the impression that you are actually playing what that old footage had led you to expect), this is not where the force of this project lies. In addition to all their personal passion and intent, the individuals behind this piece have serious skills and experience with Duke 3D modding - and it shows. Indeed, Duke Nukem Forever 2013 introduces no less than some of the most conceptually grand, carefully designed, laid out, technically detailed and immersive user-made levels ever made for Duke Nukem 3D. In addition to this incredible mapping quality, the team has also managed to come up with new art and coding that do NOT feel out of place in the context of the original Duke Nukem 3D episodes at all, which is a remarkable feat in regards to what is commonly being done with custom art for this game: It is not rare to see modders just throw in random custom art with their levels in order to compensate for their lack of creativity with respect to texturing when restricted to the original stock textures. This, consequently, often ruins the spirit of the original game. As far as Duke Nukem Forever 2013 goes, the new additions feel like they've been built on the foundation of the essence of the original game: The new graphics are for the most part slightly modified versions of older tiles that were widely used in the commercial episodes and are mixed together in a subtle, careful manner rather than the new stuff being introduced as an in-your-face novelty. In the end the effect is that the player feels like he is playing an extension of the original 1996 game, instead of a completely different game with just the aesthetics and gimmicks of the main character in common. 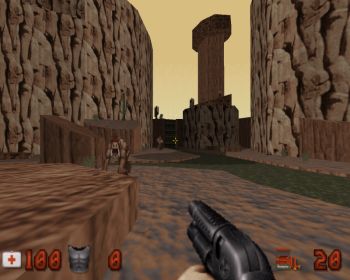 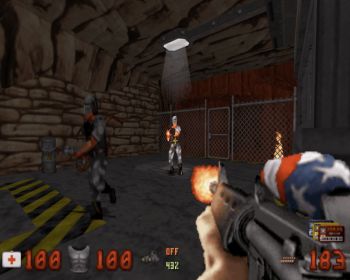 Same goes for the modified weapons and enemies. The modifications are there, just as noticeable as they are fresh but for the most part they manage to stay in the same graphical and compartmental vein as what long-time Duke 3D fans have come to know and love after seventeen years of playing the game, as if the original aesthetic themes and ideas had just been expanded on. To be fair, some of the new enemies might feel a little out of place in the Duke universe (namely the Terminators and, to an extent, the final boss), but there is a lot more to appreciate out there, which should definitely compensate for the occasional slight oddities. For instance, the Wild Pigs complement the notorious Pig Cops very well, and the new slimers are a hundred times more interesting than the original ones. You also get to fight modified tanks and tougher Enforcers armed with freezethrowers, amongst other things, all in some of the greatest-looking environments you'll probably ever see designed for this game.

The first level sets the mood with an incredibly well-designed, subtly colorful recreation of a post-apocalyptic version of Las Vegas, a nod to both Hollywood Holocaust and those early Duke Nukem Forever trailers (every single location shown in them has been carefully recreated). The playing experience is immediately intense and quite upbeat with a lot going on both visually and gameplay-wise. The area is huge (with many locations to explore), detailed and stunningly immersive, mostly thanks to the notoriously ambitious mapping of Gambini, already the author of some of the most technically impressive Duke 3D usermaps out there. You even get to ride a motorcycle for some Evel Knievel-like stunt off a launch ramp and over a gap in order to access one of the later sections of the level, which I thought was fresh and exciting. The next map then takes place in the EDF headquarters, but you have to make it there first, and, instead of the classic pedestrian exploration, you have to use the bike again for the first third of the level, a sequence that is very well made. Starting from a country road, you have to avoid rock formations, dodge a train, make it to the highway that is packed with realistic, running cars and trucks filled with various enemies trying to shoot you, only to eventually have to make a left to yet another country road and finally stumble upon the well-anticipated headquarters. There you will receive instructions for your mission just as the place happens to be getting its turn at being taken over by aliens, and have to leave in an airplane that drops you off at the start of the third level, Morningwood Ghost Town, a canyon-styled map which makes for a very strong contrast with the more urban, industrialish settings of the first two, but still manages to feel coherent thanks to the similar mapping style and just as stunning aesthetics. You have to climb rock formations and shoot down dozens of Wild Pigs on your way, a hectic, ambitious journey that takes you to a little deserted town in the countryside that also happens to be infected by the extraterrestrial gangrene. Find the entrance of a nearby mine and you'll be in for a short but sweet ride in the fourth level. While not exactly as aesthetically ambitious or conceptually grand as the first three levels (that definitely set the bar very high and mostly took place outdoors whereas the single theme of this one is bound to feel more claustrophobic), you're definitely going to have fun exploring around, dodging lava and jumping from cart to cart while getting rid of the underground menace and looking for your way back outside, a good transition to the fifth and last level which is probably the best of the pack. Taking place on and inside an unbelievably well-recreated Hoover Dam that feels true to size and was modeled after dozens of photographs that were carefully studied, scrutinized and copied by the mappers, the map's scale is HUGE, making for one of the most immersive playthroughs you'll ever experience, and the action does not disappoint either as you get to explore the entire thing and cover miles of terrain in order to rid the world of the core of the ongoing alien infestation, eventually facing the thing that is responsible and accountable for all the bad stuff you have been exposed to during your last two or three hours of gaming. While I know some have complained about the final fight being "too easy" or anti-climactic (given that it takes place in a fairly confined location that feels secluded from the rest of the level, even though it technically isn't), I personally happened to enjoy it a lot more than most other boss fights in Duke 3D (which are often very repetitive), partly thanks to the busy, sloped terrain that slows you down, making for a fairly intense and claustrophobic fight (the speed and unpredictability of your enemy only enhances this impression), and the considerable variety of ways your opponent fights back, including some never-before-seen aerial attacks (while not always completely convincing, at least they are there). Out of your victory emerges the episode's ending sequence, of which it is not my job as a reviewer to spoil anything seeing as I would rather let you experience it by yourself, it is not much but I know I personally did find it satisfying.

Conclusion: All in all an incredibly well-made, more than reasonably fun five-level episode for Duke Nukem 3D that both nails its concept of offering an experience comparable to what a lot of fans were expecting the official Duke3D sequel to be like, and retains the feel and spirit of the original 1996 game you've probably come to know and love. The mod features some of the best-looking, most ambitious usermaps ever designed with the engine and some novelty that actually feels coherent and pretty much perfectly in line with the established "Duke vibe". While the concept could have restricted the mod's gameplay and overall experience had it been crafted by a less experienced staff, the final outcome emerges as one of the most hectic, immersive, intensely fun gaming experiences in addition to being one of the most ambitious and visually stunning fan-made projects ever released for Duke Nukem 3D in the past seventeen years. It does not necessarily invent - nor reinvent - the wheel, but it definitely makes for a breath of fresh air and should keep you busy for a solid afternoon of sheer fun, and that is what matters the most. 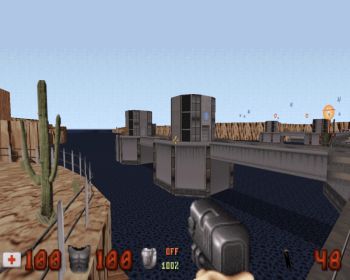 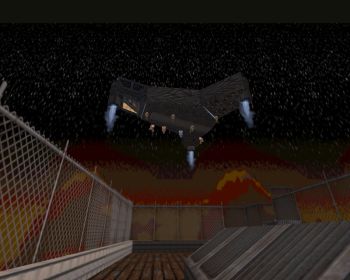