Description: Three years of hard work later It Lives finally, well, lives. Gambini's latest piece was a contender for the top spot here at MSDN long before its release. It Lives is a spooky, Red-themed hospital of horrors optimized for vanilla Duke.

Into it: The map is a bombardment of visual pleasantries with one stunning detail after another. The three-year development time has been well justified as Gambini has found ways to forge effects and objects you thought were impossible considering the (now seemingly broken) limits of the Build engine. Pretty much every room has something that catches your attention (it could be something as simple as a park bench or lab equipment), including a couple of hilarious in-jokes. Attention to even the tiniest of details is not the only thing you'll notice while playing as Gambini has managed to squeeze in a couple of cool, never-before-seen effects too. For example, you come across a poltergeist effect with debris flying and window shutters going crazy followed by alien tentacles forcing their way out of the floor. Describing all the amazing effects here in detail would spoil all the fun so I'll let you find the rest. It should be noted that Gambini is pretty particular about the way his maps should be played and he recommends the Software mode. However, those like me who find the Software mode slow and ugly are better off running the Polymost (OpenGL) mode. HRP is NOT supported and Polymer is not recommended even though dynamic lighting has been implemented. 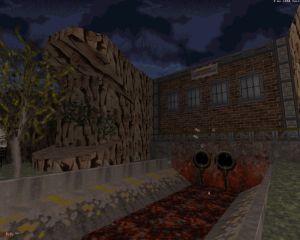 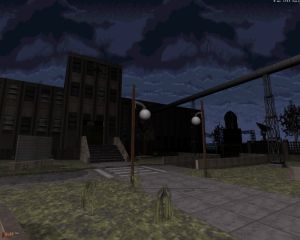 As for gameplay, It Lives is not a typical shooting gallery. There are some tricky (but not too complex) puzzles to solve, a few intense combat set-ups and a satisfying finale, a nice switch from the somewhat anticlimactic ending in Blown Fuses. Gambini has put a bit of effort into giving the map some kind of a plot but it's not played out quite as well as in other plot-driven maps. Hints of what's going on in the hospital are provided every now and then but while this is a step forward from Blown Fuses, it's still quite a bit from the quality of storytelling in, say, Red 5 where the plot is tied in well with the map's pacing. Red 5 started off slow, built tension bit by bit and then culminated in an explosive finale, all in the confines of its plot. It Lives hasn't got such sense of progression, that feeling that you're getting somewhere and the hideous beast at the end appears basically out of nowhere. Despite these shortcomings, the map's fun factor gains a lot from spooky atmosphere and the environment's sense of depth with ambitious landscapes and city silhouettes in the distance at various points. And of course a large part of the fun comes from seeing all the never-before-seen stuff the map's got to offer.

Conclusion: Gambini's reputation as the guy who pumps out the best design ever has barely been contested since Blown Fuses and now with this masterpiece out that reputation remains even more undisputed. It Lives is without a doubt the most architecturally impressive map but plot-wise there's still some room left for improvement. 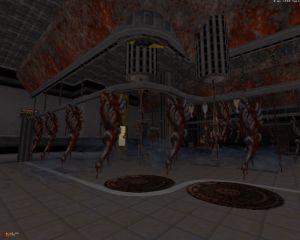 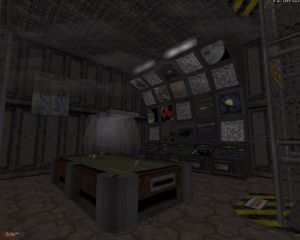