This is one of those military-type conversions where aliens have been replaced with GI joes and emphasis is on somewhat realistic surroundings and realistic weapons. The mod has been under construction for many years now and this demo consists of just one new map and a whole bunch of new enemies and textures.

The map is a jungle-type map featuring mostly outdoor locations and some military outposts. There's some vegetation, including grass that looks pretty good, but overall the map has a bit repetitive look. Also, since it takes place in the middle of the night, there's basically just one ambient light level even though darkness is something that should provide ample opportunities for cool lighting. Here that opportunity is largely missed. There are also some odd gameplay-related choices such as hiding a key in grass rather than going with the mod's realistic theme and putting it somewhere where it makes sense.

The new enemies suffer from repetitiveness as well. While your enemies come in different uniforms, they're all equipped with hitscan weapons that can be quite annoying in large outdoor areas that lack cover. That being said, they're mostly of the weak variety, which is refreshing and makes sense. Protector Drones from Duke3D make a cameo appearance. New sounds and textures fit the theme (except for the terrible grabbag replacement) and Duke's new DNF-type gloves look particularly badass.

Conclusion: There are some promising things in this demo such as the setting and some of the assets but in any future releases they should be delivered with more variety. It also wouldn't hurt if the enemies behaved less like their obvious Duke3D counterparts. 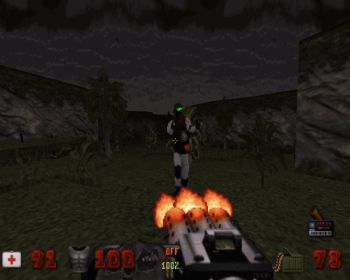 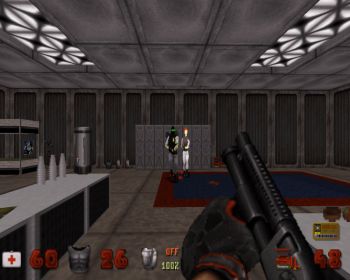