These are two of my very oldest episodes. As such, they're not of very high quality but they've got tons of nostalgia value
and there are some things I'm still very (somewhat) proud of. In any case, I had tons of fun working on these episodes back
in the day. Check My Maps for a more up-to-date list of my work including more recent episodes such as the MSSP Episode
and Brave New World.

This is my first Duke3D episode. It was inspired by "Malice", a commercial Quake Total Conversion, which is where the grey
sky comes from. As the name implies, the episode has a futuristic theme. There are a total of six new levels, including a
secret one, and some borrowed midis. There's a variety of locations including a dam, an industrial site, futuristic cities etc.
Remember to backup your original user.con! 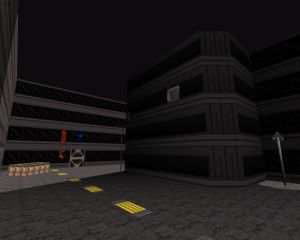 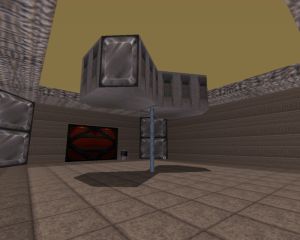 My second Duke3D episode, this time for the Atomic Edition. The name ("Fight the Future") comes from The X-Files movie but
that's as far as similarities go. Duke has to travel through six levels (including a harbor and a boat) in order to prevent
the aliens from firing a massive "Sister Ray" (another pop culture reference) cannon. This one too has a bunch of "new" midis.
Remember to backup your original user.con! 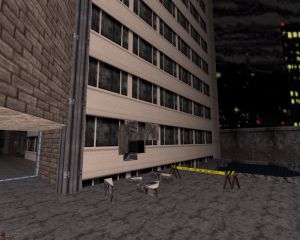 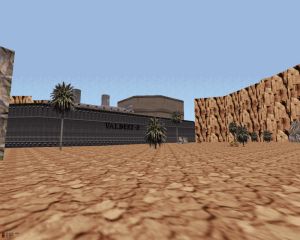