Sorry for the lack of updates; a few maps should have been reviewed but I've basically spent my free time on playing Waifu Returns and Rainbow Six Siege. Anyway, here's Sanek's DoomBox.

Remember an old map called The Monastery of Darkness? You just might, and here's a 20th anniversary update of that very map so check it out at Hot Maps.

Also check out Sludge Plunge by Mister Sinister. The map was released only some minutes before this update so I didn't have time to review it for today but I'll get around to doing that soon.

Here's finally a review of The Unknown Planet.

We're kicking off the new year with a Hot Map release, The Unknown Planet by the legendary author Maarten van Oostrum. No review yet though as I'm slightly busy, but I'll get one for you in a few days. 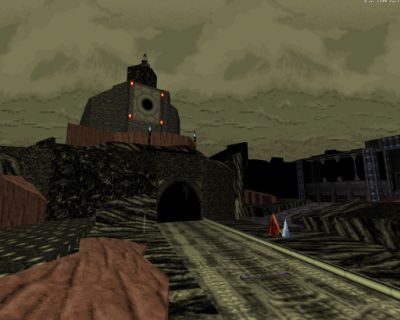 Time for our annual look at the number of new releases, measured in terms of new maps released on MSDN:

While a low number compared to the previous years, it includes quite a few multi-map releases such as The AMC TC: Episode 2, Anarchy Village, Electric Highways (the first EDuke32 mod to be released on Steam) and TamDuke. (Of course each of these counts as a single release for obvious statistical reasons.) I even released a small map myself, and there's a big map by me in the AMC TC 2. So, as a whole, the year has been quite fruitful. Happy New Year!

Another Duke year is approaching its end but we've still got a week before we wrap things up so there's still a chance to end the year on a high note. Anyway, this being Christmas, here are some Hot Maps for you to play with: Pipe Dream (AMC TC 2), South of Heaven and Bite the Dust. Grab those in case you haven't already and enjoy your Christmas!

Just a little heads up that Decay has finally been released. This project has been under construction for a very long time. It's got a zombie theme so some of you might get a kick out of it. Note that Polymer is pretty much a necessity. I'll get around to playing it a little later; I tried out the first map and the framerate was somewhat acceptable after switching to a much lower resolution.

After ten years of development, TamDuke, a 10-map episode that takes place in a Finnish city, is finally out. Check out the MSDN review here.