Description: A whopping 13 years ago Maarten released an astounding alien-themed map called Alien Planet X64-2. It was a strange Xen-like world where the aliens resided. The Unknown Planet is a kind of a sequel to that map, at least thematically.

Into It: The map is permeated by a soothing atmosphere, to some part due to the scenery but mostly due to the accompanying music track, courtesy of the musician author. Gameplay is slightly unorthodox. After the first area you have three routes to choose from. Tasks include gathering keycards and pushing a few buttons. Nevertheless, pretty much every area of the map has to be explored; otherwise the final area remains locked. Fights in the map are kinda like small-scale boss fights, consisting of ambushes by larger groups and one-on-ones with Battlelords. This definitely goes well with the soothing atmosphere, with periodic lulls in fighting, allowing the player to take in the environment. The finale is an enjoyable timer-triggered arena battle, which are common in games like Quake but less common in Duke3D. There isn't much to criticize aside from the fact that while Alien Planet X64-2 might have been considered revolutionary back in the days, The Unknown Planet doesn't exactly feel similarly novel. Also, lighting is slightly bland and comes in combination with a somewhat low visibility.

Conclusion: While not as ambitious as its predecessor, being essentially more of the same, The Unknown Planet is all-around a solid piece of work with strange alien environments and enjoyable (if slightly predictable) combat, an impression reinforced by its cool soundtrack. 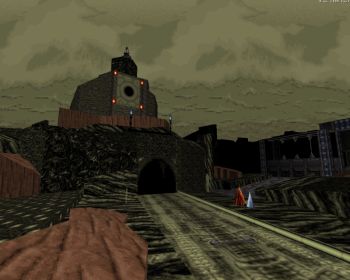 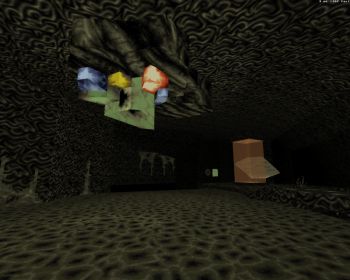