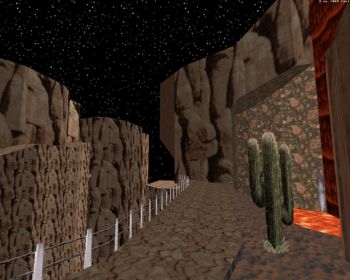 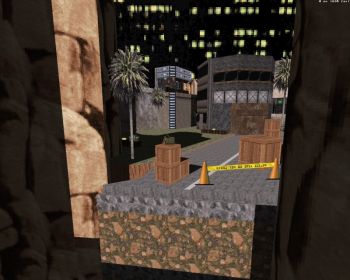 Believe it or not, it's been a whopping six years since Fernando Marquez released Orbital Oblivion, the second episode in his three-episode "FMX" project. The third episode, Anarchy Village, is finally out, wrapping up the series. If the first episode followed in the footsteps of LA Meltdown and the second episode in the footsteps of Lunar Apocalypse, Anarchy Village unexpectedly breaks the pattern and goes for a bunch of differently themed maps while retaining the look and feel of the original 3DR maps.

If Fernando's biggest sin used to be imitating the original maps a bit too meticulously, he has pretty much shed this habit in Anarchy Village. The new episode has a bit of a "country" feel in that Duke is taken on a trip through canyons, resort sites and suburban areas. Sometimes the sight of urban civilization in the midst of a countryside has a surreal feel to it, such as in Crescent Inn (E3L7), a hotel surrounded by waterfalls and gigantic canyons. The urban hi-tech environments in Road Limits (E3L2) also have an otherwordly quality to them; throughout the episode it feels as if Fernando is intentionally mixing urban, country resort and hi-tech space themes in terrestrial environments. This isn't criticism; I found the results very refreshing and unique, a significant switch from the previous two episodes that were severely lacking in originality. There's variety in scale as well: Jungle Bay and Ghost House consist of narrow passageways, cramped rooms and claustrophobic underwater areas while other maps provide plenty of space to move around. Still, while the maps diverge from the original game thematically, their architecture and lighting are still strongly infuenced by the originals, so that rather than relying on intricate detailing, the maps find other ways to make them look interesting such as by relying on simple shapes and very strong lighting. This works and you never really miss the more detailed maps of the modern era. Also, borrowing another concept from the original maps, the player can skip sections if he's been sparing jetpack fuel, giving the player more freedom of navigation than most usermaps whose authors usually want to ensure the player visits every single location. Fernando is pretty generous with quantity; there are eleven single-player maps in total. In addition to the multi-floor Crescent Inn with its majestic sights, my favorite maps were Knock-Out Factory with its symmetrical layout and good use of various seemingly novel effects, and Coliseum, a good and challenging boss map centered around a UFO (the boss battle itself is slightly disappointing).

When it comes to combat, Anarchy Village is fun to play throughout. Ammo is plentiful provided you alternate between your guns. Finding secrets usually brings noticeable, immediate benefits (not to mention the episode has two secret maps), and, as said, that jetpack can sometimes help a great deal, so conservation pays off. Unfortunately, there are several rather severe offences that Fernando repeats throughout the episode (as well as its predecessors). Quite a few maps feature sections where you're required to lose health (usually by forcing the player to fall down), which can force a restart of the entire map. There are also explosions that way too often seem to take place right in your face, inducing frustration. The maps' layouts can throw you off, especially when a lot of the gameplay consists of pushing buttons and trying to figure out what they did, which is something that never was a problem in the original game. Fernando has brought in some midi tracks from various sources, and while it's refreshing to hear a bit different tracks for a change, in this case "less is more" approach could have worked better as some of the tracks are the worst examples of the midi era, being cheery and noisy and thus more likely to distract than add anything to the experience.

To give the series a more retro flavor, Fernando has packed the whole thing as if this were the '90s, expecting you to play it in DOS. Of course, almost no one will be doing this, in which case you need to open the FM3X-SP.bat file in Notepad and replace "duke3d.exe" with "eduke32.exe" (assuming you're using EDuke32 rather than some other modern port). This extra bit of hassle might throw off those who are not familiar with modifying bat files, and the supplied txt isn't really helpful since it reads as if we're still in the '90s. Of course, all this is intentional and some may get a kick out of it; but most won't. Note that the zip includes all three episodes so if you want to start from the very first episode, all you need is this one file.

Conclusion: I didn't have great expectations for this one, expecting a rehash of Shrapnel City, but I ended up really enjoying the somewhat otherwordly and mixed-theme maps of Anarchy Village. While some of the gameplay-related problems that plagued the first two episodes are still present, this 11-map episode is an entertaining ride that could have been sold as an expansion to the original game. 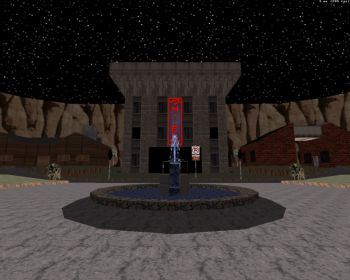 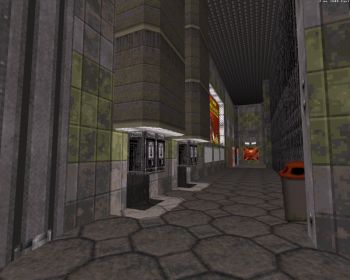