Here's a nice little city map to wrap up the summer: Flood Area. Also, Betrayer (the game) has been reviewed.

All you Minecraft lovers out there should enjoy this one: Duke Craft has Duke killing aliens in a map that looks as if it came straight from Minecraft.

Seven months into the year and we have exactly seven new releases meaning a pitiful map-per-month pace. Things have slowed down after last August's spike. In any case, there's still plenty of time for things to pick up again.

And, finally, here's a review of Duke Hard (see the previous update). (Note that I'm labeling this CBP as a TC so it can be found here rather than the Hot Maps section where all the other CBPs are.)

The long-awaited Duke Hard CBP episode has finally been released. The CBP consists of 17 maps (including one by me), all taking place in one building. We've had a relatively dry first half of 2014 in terms of new releases: Hopefully this mega-CBP provides a boost to mapping activity.

In any case, I'm unable to play the episode at this very moment so for now all I can give you is a bunch of links and a kickass poster:
-ModDB Duke Hard page
-Quick download 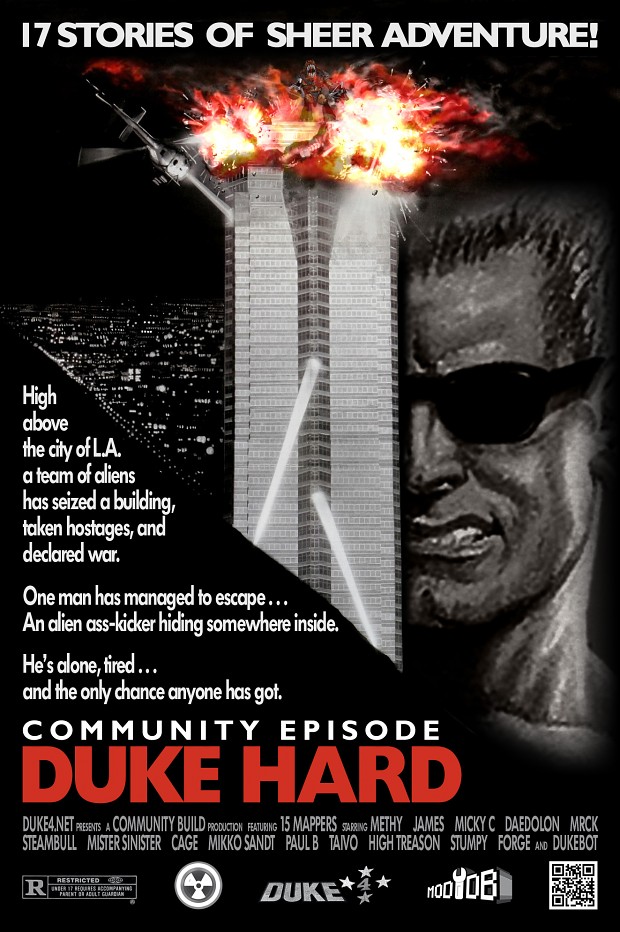 I'll try to come up with a review this weekend.