The review: As the title and the screenshots below just might have implied, Flood Area borrows quite a bit from Flood Zone (E3L3). The map was also finished over just a few evenings and thus could have filled in for Submerged Zone (co-authored by yours truly) in our brilliant Metropolitan Mayhem. In any case, the map's design imitates that of the original city maps and in that it mostly succeeds. However, lighting (particularly indoor) could have been better and the map is a bit too spacious for the sparse amount of details it has. Aside from a nice little shrinker puzzle, gameplay consists of pretty typical key & button hunting, but the flooded block's layout feels refreshingly open. Despite this seemingly open layout, the enclosing mountains make the map feel a bit too boxed in. The map doesn't quite have as many enemies as you'd expect from a map with such open spaces but good placement of the right type of enemies provides quite a few close situations. In conclusion, Flood Area is a worthy addition to the list of flood-themed maps, and given its vanilla influences, it's a map you shouldn't miss. 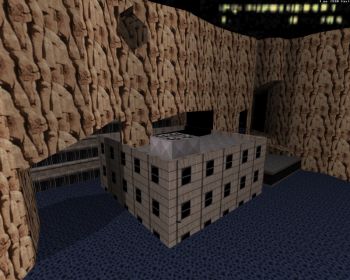 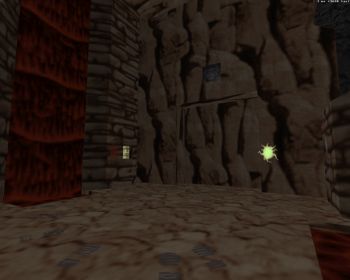