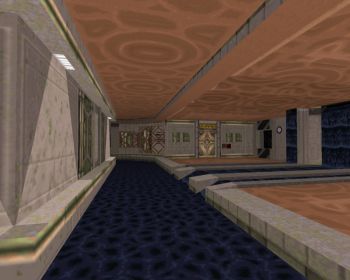 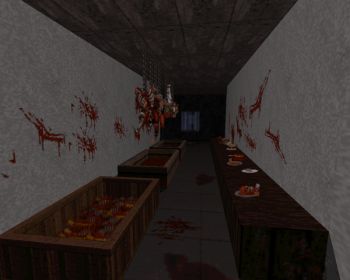 Even the simplest one-map Community Build Project can take years to finish but somehow MetHy managed to assemble a group of people to create the biggest, most ambitious CBP and release it after only a few months of construction time. Duke Hard consists of a whopping 17 maps by 15 mappers. Every map is a different floor: Your job is to clean up the building, starting from the bottom. (The idea traces its roots to a similar Doom project, Going Down, where the direction is reversed.) Below are mini-reviews for all the 17 maps, all tested on the second highest difficulty setting:

-Lobby by MetHy: The opener is a lobby with good but interestingly unorthodox texturing that makes the place look a bit worn down and thus unwelcoming (for a lobby, that is). While MetHy's previous maps were still trying to settle on a specific style, this map represents a maturity of sorts.

-Executive by Steambull: A bit cramped executive floor with sections that are heavily under construction. Good - maybe the best in the CBP - use of texturing, detailing and some force-field traps, but the map's tightness is a poor fit with some combat situations.

-Construction Destruction by Cage: The previous map's construction theme is carried over to this one. This map, however, is more spacious and makes very good use of destruction effects, some to the point of annoyance. The theme is very underused in Duke3D, and that it works so well here is another testament to the greatness of Duke3D's texture set.

-Bits by Mikko Sandt: My contribution is a floor where all the servers and the building's CPU are stored.

-Abstratech [sic] by Michael "Micky C" Crisp: This one stands out with its large rooms and moving parts which, I feel, are underutilized in Duke3D usermaps. The name suits the map perfectly as the floor doesn't seem to serve a practical purpose.

-CEO Bathhouse by James Stanfield: The map is essentially one big room. Its brown-green texturing reminded me of the first map: It doesn't make the map look luxurious (as the name might imply), but certainly gives it a unique look. At just three minutes Bathhouse is perhaps the shortest map in the pack.

-Storage Wars by Stumpy: There's this thing among mappers that crates and boxes are used to cheaply fill up empty spaces when your mind isn't really coming up with any better ideas for detailing. This map relies on crates and really nothing more. Gameplay-wise it's not a bad map even if there's a bit of backtracking. A few explosions spice the place up every now and then.

-Eat the Rich by Forge: Forge is at his best with big areas that rely on tons of spritework. The CBP's theme does not quite accommodate such ambitions, but this is still a well-designed map that forces you to be quite efficient with the ammo you come across. Tactics, including running away, matter. 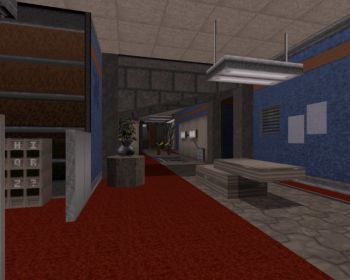 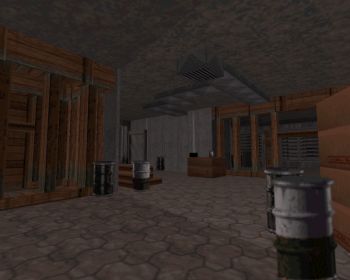 -Commercial Break by MRCK: The first map in the CBP to rely on its atmosphere comes off as a welcome break. Unlike most of the previous maps, Commercial Break is open and sparsely populated. The soundtrack and the weather enhance the map's laid-back mood.

-Cinematic Lounge by Taivo Maripuu: The map consists of two theaters, a bar and a shop. It's a bit heavy with aliens but a good chunk of them are weaklings and you're given the Devastator and the Expander to deal with the rest. The setting may be essentially realistic but the map comes off as a bit surrealistic (maybe it's the music) - but it's better for it.

-Flesh by Dukebot: This is a pretty dark floor (both visually and thematically) where a dungeon is situated right next to living quarters: Lots of nuts probably live(d) on this floor. Sufficiently well designed but overall a bit unimpressive, and the map could have tried to rely more on its ambience rather than its high monster count.

-Poormann's Library by High Treason: A seemingly typical library floor evolves/devolves into a Red-type horror show. While the map feels refreshing at first, it gets slightly repetitive toward the end and seems to take too many liberties with the rules.

-Showcase by Paul B: The map's design, making good use of spritework and realism, is among the CBP's best but the layout with its two-floor design comes off as cheating which puts a bit of a negative spin on the map.

-Legal Joint by Daedolon: Perhaps the most "traditional" map of the pack, Legal Joint relies on strong 3DR-type shadows and clean, well-trimmed texturing. There's a vent system that spans across the map. The map's Duke Burger theme doesn't really bring anything new to the table but is definitely among my favorites of the pack simply by virtue of its comfortable design & gameplay.

-Power Out by Mister Sinister: This is the most mixed bag of the CBP. On the one hand, the map is well designed and is the first one to extensively rely on the building's ledges to the point that it reminded me of a short story by Stephen King. On the other, the map is filled with a zillion annoying turrets that shoot you in the back as soon as you enter a room, which reminded me of the terrible and tedious to death turrets in the second Quake 2 mission pack. One easy-to-miss button also had me wandering the hallways for a while (the map took me 18 minutes, being easily the longest in the CBP).

-Parking by MetHy: The secret map is a parking garage not unlike the several you've seen in Duke3D usermaps before, including MetHy's own Sin Center. Has a bunch of cars designed by the CBP participants (sans moi because I've always hated even the very idea of designing cars in Build/Mapster32 thanks to the terrible way the engine handles slopes). One of the few maps to have a clearly defined objective.

-Rooftop by MetHy: A boss map where you're either running more or less constantly or dead in an instant. The weapons have been scattered so that you're bound to stumble upon something useful no matter which way you go. Your surroundings are packed with details even though you have little time to apppreciate them.

Concluding remarks: As you survive the final encounter, a short video clip wraps up the ending, leaving a varied adventure behind. Even if all the 17 maps took place in just one building, not once did I feel like I was playing the same thing over and over again. On Come Get Some most of the maps were challenging, especially those where your surroundings didn't provide a lot of room to move around. Some of this challenge is due to the fact that you have to start each map weaponless, which did feel a bit unfair and cheap from time to time (even if weaponless starts solve some progression issues). Another small criticism is that I was unable to unlock the map selection screen after having finished the episode. (If you run into the same problem, type "map" in the console to navigate to the map you wish to play.) Other than that, this 17-map pack is a work of the highest quality; while there are some moments of frustration, you don't have to leave a single floor feeling disappointed. 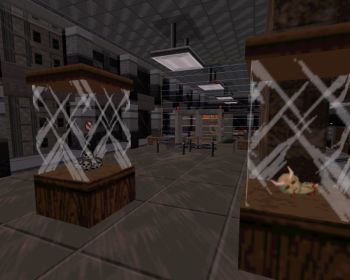 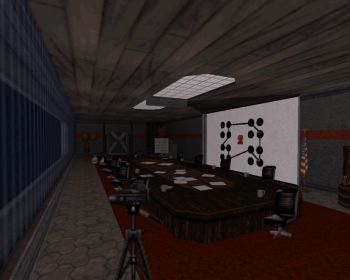 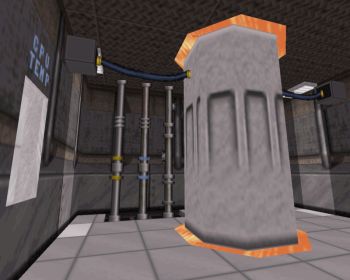 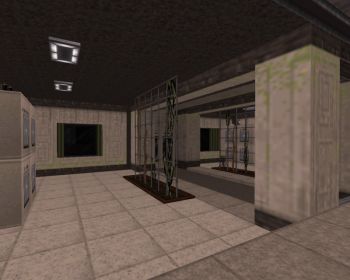