The Community is back with another project, this time focusing on a beach theme. See Beach Community Build Project for some sunny action in the middle of a snowless winter.

High Treason's series of riverside maps is into its third part, Nitroglycerin.

It took a month for the year's first Hot Map to emerge but it was worth it. See Perro Seco's Duke 2070, a huge futuristic city map.

A bit late with this but it's finally time to take a look at the year 2013 in terms of new releases, counting (for the sake of consistency & comparability) only those that were released here:

So we fell short of 2012 by one release. There was a considerable spike in late summer followed by a lull.

Despite this, the year 2013 was highly significant. First, Duke Nukem 3D was released on Steam as the Megaton Edition. Then our Duke Nukem Forever 2013 mod was released in late April, amassing more than 20 000 downloads in less than a year and being featured in PC gaming magazines. In late 2013 the Megaton Edition got Workshop support, meaning people could publish and play Duke3D usermaps via Steam. Taken together, this means that there were more people playing Duke3D in 2013 than in a very, very long time. Hopefully this newfound popularity materializes into a good year for Duke3D mapping. It is also possible that we're going to witness a segmentation of the mapping community along source port (EDuke32, Megaton) lines with mapping being increasingly devoted to the Megaton Edition while modding sticks with EDuke32.

Anyway, here's a review of the 2013 versions of Shadow Warrior & Rise of the Triad.

I'm in a bit of hurry but here's Duke Nukem Xmas 2014, a map you should give a try before you head out to celebrate the New Year. Enjoy the last map of 2013!

The Duke3D Megaton Edition recently got Workshop support, meaning you can now publish maps on Steam. The system is very convenient for gamers but if you're a mapper, there's a tiny bit of hassle to get your map published (there's a guide here) but it's probably good as a means to prevent the system from getting flooded with irrelevant maps. So far I've published some of my old maps (MSSP6, MSSP7 and MSSP8) through the system: the most recent ones are either incompatible or parts of larger wholes.

Hopefully this Workshop support attracts new mappers and reinvigorates the existing bunch. The first brand-new single-player map to make its debut on Steam is ACB Studios, reviewed here as of this moment. Go check it out as it's a hellofa debut.

MRCK has another brand new map for you, Hibernal Solstice.

Please vote for our Duke Nukem Forever 2013 mod in ModDB's Mod of the Year contest. Simply click the image below and vote for the mod: Our puny minions, DavoX & Micky C, were forced to work six months on a DLC/mission pack for our Duke Nukem Forever 2013 mod, the mod that rocked the world. It was worth it, and now you get to see why. Download the "DLC" here. You need the original mod to run it. The pack features three new maps, a new shotgun and a new soundtrack. Here are some screenshots: 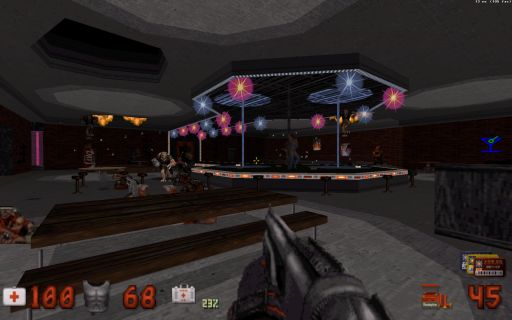 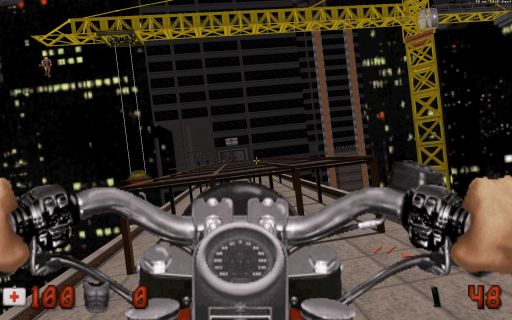 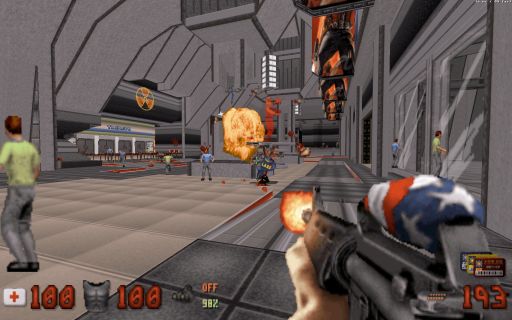 Also available on the ModDB page.

And here, finally, is the review of BobSP 4: Sub Species.