The review: After a short visit underground in Quantum Physics, Duke returns to the city where an alien ship is about to take off. To prevent such a thing from happening, you must throw a bunch of stuff together to MacGyver an explosive device. This is done ŕ la BobSP 1 rather than via new con tricks. There are more than enough hints to guide you toward these items, and you can go after them in any order you want. The only constraint is that you shouldn't spend more than 30 minutes doing so, as that'd give you the bad ending, but such a time limit should be very hard to break as the map took me just 17 minutes. Compared to Quantum Physics, the map doesn't feel quite as innovative, although a certain factory segment was very well done. In terms of design the map seemed very much like its predecessors, maybe even too much so. While I didn't run into any major difficulties with health or ammo, a lot of the map's combat takes place in cramped indoor locations, and in such environments swinging doors can be your worst enemy as my only death was due to one of them. Anyway, despite the slightly negative tone of this review, Nitroglycerin is a very good map, but not markedly different from or better than its predecessors. It's still more innovative than the vast majority of Duke maps and well designed overall. Its two endings also provide a bit of replay value and the map leaves you with a feeling that this trip just might continue in another map. 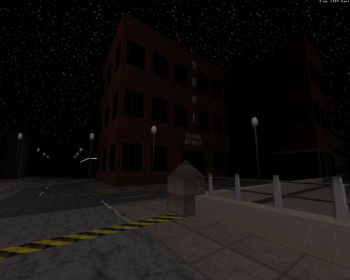 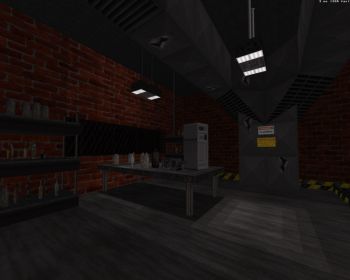