The Review: William Gee has been on a spree lately, releasing several TROR-heavy maps in the past few months. Now he's updated WGSpace 3, one of his old maps (from almost freaking 20 years ago), giving it a modern facelift. In terms of gameplay & layout, not much has changed. The most significant difference is the first outdoor area, where you can now explore the upper boundaries of the map. It's also here that TROR effects seem most pronounced, but the results are a bit too pointy and blocky and don't always resemble a natural terrain. TROR is featured elsewhere in the map as well, but there it doesn't feel like such a gamechanger. The map plays more or less the same. Depending on the paths you happen to take after the start, you might end up struggling with ammo early on. Commander spam, a frequent feature in the author's maps, can get a bit annoying at times, and there are tanks now too to watch out for. I replayed the original for a bit of perspective and spent a good 15 minutes looking for the red key because of a hard-to-notice crack on a wall: Luckily this has been fixed for the Redux. Design overall has been polished and a few new things have been added to bring the map more in line with modern standards; particularly the starting area has gotten quite a few noticeable improvements. Still, WGSpace 3 Redux is less impressive now than the original was back in the day, and the addition of TROR doesn't do a lot to change things. Still, WGSpace 3 is a solid space map and the Redux version is well worth a look. 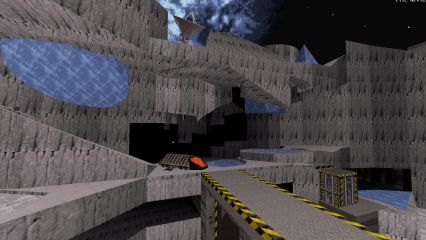 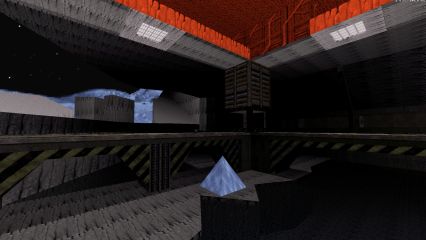