Note: The download includes all five maps as an episode. This review concerns only the last two maps, Deeper Underground & Final Rumble. See the other three parts here, here and here. You can play the last two maps separately simply by choosing them from the game's usermap menu; just navigate first to the Shaky Grounds folder.

The Review: The previous part in the literally world-shattering Shaky Grounds episode ended on a sombre note, as Duke found himself in the midst of total annihilation. At the end of this line stood The Kompleks, a concert venue beneath which lies Froyd Eenakee, Duke's antagonist throughout the series. And that's where the fourth map in the episode picks up. The first half of the map revolves around the "terrestrial" part of the Kompleks. The author's musician background shows, as the place features everything you'd expect to find from a concert venue; perhaps it's even been inspired by a real-life location. There's plenty of details to look at here and some dramatic lighting effects as well. Overall Merlijn's design feels (as it has throughout the episode) more polished and tidier than in the past.
In the second half you dive deep into an underground cavern shaped and deformed by the aliens. Initially I was slightly worried that this'd turn out to be another generic hive, as it seems hard to be creative with Duke's alien textures. (Not that this ever seemed to apply to the Oostrums.) My worries were in vain, for Merlijn has found quite a few ways to twist and turn Duke's textures and sprites into something new. Moreover, the sheer scale of the place is truly epic with some jaw-dropping visuals.
Gameplay continues on a well-established path of keys, buttons and lots of aliens to kill. Your rivalry with Froyd Eenakee is played out mostly through viewscreens; it gives the story a nice spin, as it's not just another generic alien army you're trying to wipe out; this time it's personal. Combat is fun for the most part with a good mix of every available monster, but a few of the larger areas got a bit annoying combat-wise mostly thanks to Commanders and Battlelords. During the final fight in Deeper Underground I said fuck it and simply headed for the exit rather than staying put and fighting an army of aliens, as by that point it felt I had done enough of somewhat tedious long-range killing with the pistol & rockets and just couldn't bother with it anymore.
The finale continues seamlessly from here; it seems the only thing preventing the last two from being a single map are Mapster32's limitations. Nevertheless, even in the absence of such limitations it'd still make sense to serve the final battle in a separate map even if merely for the sake of pacing. There's a cool trick involving the Emperor and forcefields, which gave the boss battle(s) a refreshing spin and saved the climax from another generic been-there-done-that ending. I only kinda wish the map's Prey (2017) type of alternative ending had been real rather than just trickery. There's new music too, this time with more guitar tones. It's slightly less atmospheric than tracks for the earlier maps, but fitting for the occasion, especially the impending boss battle.

Conclusion: For this review I just had to start replaying the episode from the first map so as to get a good overall view of your journey. The quality has held up very well, and just as a sense of repetition starts to creep up, the author switches gears and delivers an epic make-over around midpoint. And while I could find a few things to complain about, my somewhat high expectations for this last leg of the journey were largely met. 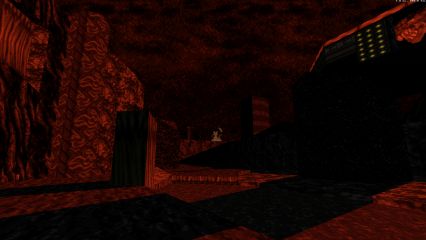 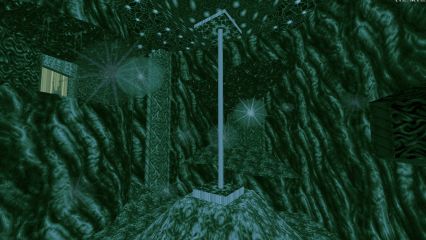