The Review: In recent years we've seen Duke traverse the island from Lost, visit the Planet Express spaceship and even explore a futuristic New York in The 4 Elements. Now Duke finds himself deep beneath the sea, in the underwater city of Rapture, a capitalist utopia built by heroic Randian Ubermenschen.
The map is of the same "branch" as the Oostrum and MRCK maps in that it makes extensive and creative use of Duke3D's textures and sprites to create new-looking assets. The results come as close to capturing the Art Deco style of Rapture as possible in this antiquated engine. The map's ambitious visuals combined with its desolate atmosphere (further reinforced by new music) give it a unique feel, as if it doesn't sit well with Duke3D. Many of the areas have a grand, even imposing sense of scale, but there are also some tighter, more claustrophobic segments; the map packs a lot of variety, featuring everything from living quarters to crummy basements, just like the game that inspired the map. Lighting is a mixed bag; while some of the larger areas have real good, even awe-inspiring, lighting, the map's darker segments look rather bland, even downright ugly because of the washed out texturing; this is a map that probably would have benefited from Polymost's texture filtering, but that feature was unfortunately ditched a while back. Moreover, views of the "outdoor" buildings, always an epic sight in Bioshock, were similarly rather bland; a lot more could have been done with these.
Gameplay is fair and balanced for the most part, but I found a few Enforcers misplaced in areas with scant cover. Moreover, you have to make do with merely the pistol for a while, although I don't know how much of this is by design and how much the author assumed you'd get better weapon drops from the enemy. Even so, combat is a strong aspect of the map, featuring aliens from all walks of life in various situations. With puzzles the map features a few nifty ideas involving Shrinker blasts, but there is one such puzzle (even two, depending on your EDuke32 version) that doesn't work with recent EDuke32 versions. Quite frankly, I don't understand why the map was even released with a broken puzzle telling you to just cheat your way through it. The ending makes good use of timed respawns - a rare and improvised effect in Duke3D - to wrap things up in a more satisfying manner than a simple Nukebutton would have done.

Conclusion: Trying to recreate Rapture in Build is an ambitious project for sure, but "bullerbuller7" has largely succeeded, and as a result we're left with a Rapture with good detailing, creative texturing and occasionally very strong lighting, all in a setting that can feel real imposing and desolate. However, even if desolate atmosphere seems to have been the goal, some areas of the map could have looked a bit more lively. And while the map is fun to play and tries to shake things up a little bit with its puzzles, what's with publishing the map with a broken puzzle?

Rating: 92 (a point will be added once the puzzle(s) have been fixed) 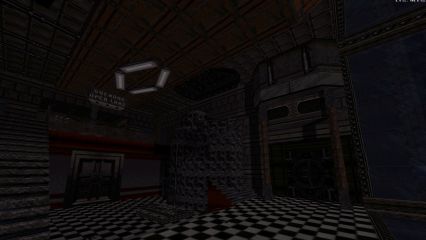 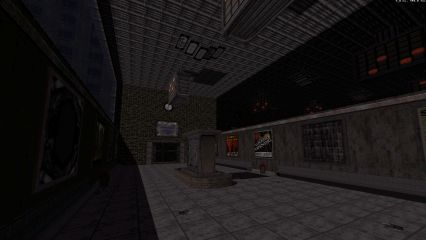