Just to prove again that the section still lives, a review of Doom 3 mission pack - Resurrection of Evil - has been added to Game Reviews.

And here's a video (at YouTube) of some dude playing the Duke Nukem theme with his guitar (it's pretty cool): CLICK! (thanks FreeFrag for pointing it out!)

This one got out some months ago but I forgot to review it. If you're a regular at AMC you must've tried it already but anywayz - here's "_balley" from the author of Needle Time.

Finally, check our review of KaiseR Land 03 (scored a modest 97) and download the map.

Thanks Quakis for reviewing A Winterland Memory.

KaiseR released his third "Land" map yesterday. I'm in a hurry so at the moment all I can give you is the map. Review will follow later - within maybe two-three days. Download the level HERE (Jonof/Eduke required) and check below for some screenshots. 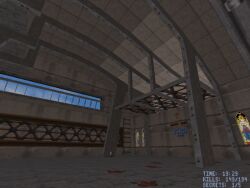 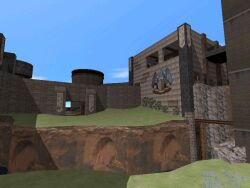 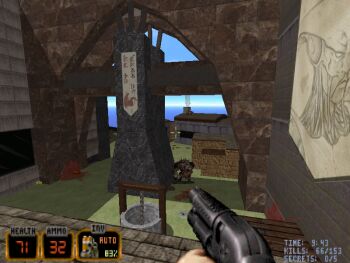 Alejandro Glavic is back after a hiatus. Check "Another Timeless Night" (score: 96).

Moloch makes a departure from the Community. Check the SST TC forum for a timeline of the Starship Troopers TC.

Thanks Numan for providing another mirror for A Winterland Memory. Both mirrors and the Fileplanet link are now available.

Do I feel stupid? Yes! The version of "A Winterland Memory" that was uploaded yesterday had a duke3d.def file that was FULL OF ERRORS WHICH PREVENTED THE SKYBOX FROM WORKING PROPERLY. A new version has been uploaded. IN CASE YOU HAVE ALREADY DOWNLOADED THE OLD VERSION DOWNLOAD THE NEW VERSION NOW. You may either download the new version or just replace the words "model" with "skyboxmikko" in the duke3d.def that came with the old version of the zip.

That's right - I'm now SEVEN YEARS OLD! And like always I celebrate not by receiving but by giving. I have finally finished my "Christmas" map. This day has been a pain. My computer kept crashing when playing (=testing) Duke. A lot of veins in my head have popped but the map is finally done and available. Check My Maps or download the level, A Winterland Memory, here.

There's more: Supertanker released his new map about a week ago. MSDN provides the SECOND review (Quakis was faster) of the map. Check here for Lunar Base DQN1925 (a hottie).

See you next year!

Too many updates? You probably hate me for not updating but that's okay - your hate is most welcome. Be here on the 21st for another lame anniversary update - I'll TRY to have my "winter" map done by then:(

LAW asked for a favor and since I am, according to some, the greatest human being ever I decided to be his whore for a while by linking to his REDNECK RAMPAGE (boy did that game suck ass!) maps (I heard that they're great but you never know). So click here or here to download them (they're not on my account) and check below for screenz: 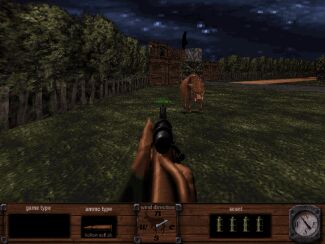 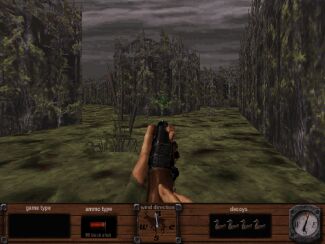 Click here to see a cool Duke Nukem video made (for the most part) in Build - Alien versus Predator versus Duke. It's a bit slow at times and its lenght should have been cut by a few minutes but it's still an interesting piece of work. Seems to borrow a bunch of stuff from LAW's AvP TC.

(some maps were missing Fileplanet download links due to the fact that I had some technical problems with Fileplanet a while ago. These maps have now been uploaded to Fileplanet)

It's NOT a part of the world famous Red serie by the evil Oostrum but it certainly isn't that far from beating Red. "Red Rock" is a map by some German dude and it scored 97(!). Check Hot Maps.

This one's an oldie from the author of Davecity 2. Check "EDF Base at Maps section.

Remember the very oldest Hot Maps section? The one with great maps, broken download links and crappy grammar? Now all those maps that have been unavailable for years are re-released in one neat pack. MSDN Old Map-Pack collects all 28 early levels. Check the pack here. 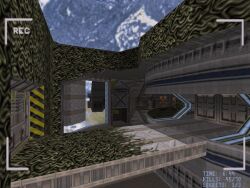 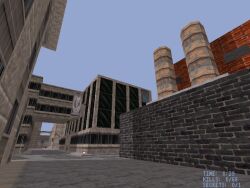 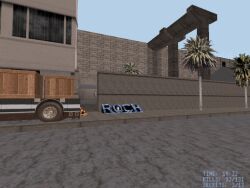 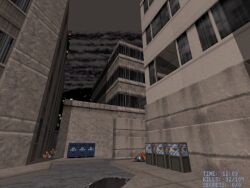