Note: This is a re-review of The Starlite Project. Click here for the original 1999 review.

The Review: In the map's well-written plot, Max Lazarus (rather than Duke Nukem) must stop an impending invasion of Earth by making his way up to the Starlite Orbital platform, then use its weaponry to blast the aliens out of the sky. Starlite Project - reviewed here for the first time in 1999 - is considered one of the "golden oldies" of the late '90s, but nostalgia can be a bitch and thus a reassessment is in order.
Playing this map just now, I kept coming to the realization that I've been ripping it off for the past 20 years; that's how influential Stranger's maps were back in the day. And, describing Starlite as "truly a masterpiece", Stranger, like the author of Godzilla 1998, knew his map stood out from the crowd of hundreds of maps that mappers in the days of Starlite were publishing with no regard for quality. With its 3DR-infuenced sharp contrasts and long shadows, Starlite remains to this day perhaps the best example of how to make great lighting in a Duke3D map. Adding to this is the map's extensive use of Cycler effects that still to this day mappers tend to neglect. The map's scale is quite roomy with large rooms and hallways all-around, which occasionally gives some areas a bit of an empty look, but clean texturing and what was then path-breaking trimwork alleviate this tiny neglect (probably influenced by reasonable framerate considerations) considerably. Starlite was also one of the first maps to introduce objectives, which was a big deal back in the pre-Quake 2 era; this gave everything you did a nice sense of purpose. My only small criticism is that exploring the endless, scarcely populated hallways of the Starlite Complex in the first half of the map gets a bit dull; action gears up considerably only toward the end.

Conclusion: Like Godzilla 1998, Starlite Project with its objective-based gameplay and exemplar use of lighting remains a timeless classic that mappers can still learn a lot from. Unfortunately Stranger's post-Starlite production was mostly focused on Dukematch maps (with some monsters thrown in for fun), and while he was working on a single-player Total Conversion with the author of Decay, those maps now seem forever lost, which to me still stands as one of the greatest losses this community has had to suffer. 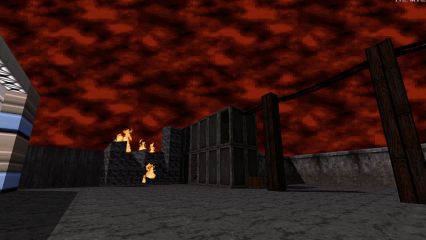 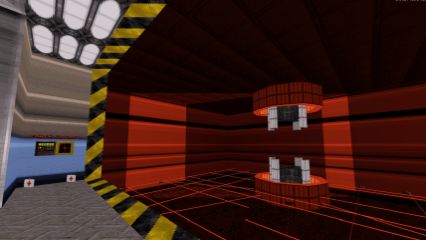