The Review: Hundreds of usermaps were produced in just a few years since Duke3D was released, but only a tiny fraction of those were worth the time spent playing them. Godzilla 1998 is among the few that belong in that fraction. The author seems to have known this, as he described the map as "incredibly detailed and outstanding", and certainly "not one of those crappy levels you are used to downloading which somebody spent 4 hours on". It was also one of the first to be reviewed on this website. So, how well does it fare in today's world with stiff competition from limit-breaking EDuke32 levels? Well, it still does pretty damn well. There's plenty of good detailing to go around, particularly everything related to destruction left behind by the Godzilla; you've got destroyed buildings with steel columns sticking out, giant footprints left on the pavement and a large cave filled with eggs (so many of them in fact that the obsessive-compulsive ought to have a good time wasting them). Lighting is good too with deliberate angles indicating the author "knew" where the "Sun" was located at all times. This being a pre-Atomic Edition map, there was at least one building that could have used Episode 4 textures, and a few smaller areas were too blocky with sparse details, but the author seems to have hit pre-Mapster32 limits. Gameplay is balanced and enjoyable for the most part with noticeably scarce health distribution, but this is one of those fairly open-ended city maps where your experience may vary depending on the routes you happen to pick. A few Commanders and maybe a Battlelord could have been thrown in to spice things up a little bit, but what it has is good enough for the map's medium-size length.

Conclusion: Twenty-two years later Godzilla 1998 still has a place in the sun, and its reputation as a timeless classic remains well deserved. 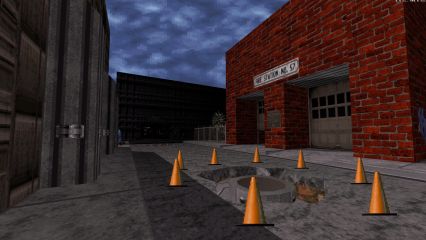 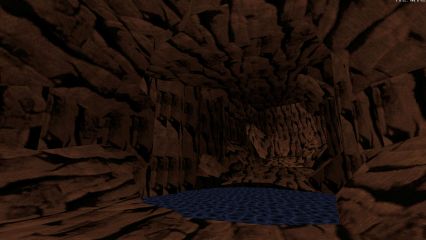