The Review: DannyFromNewOrleans is back with yet another map. You've got a snowy wilderness, an abandoned hi-tech base with a considerable underwater segment, a bit of weirdness thrown in (what's with that partially upside-down hospital?), and a pirate ship. If this sounds familiar, it's because Memory of the Waters is essentially a reshuffling of locations from Danny's previous maps, most notably Null Moon and Overdose Delusion. Solid detailing & texturing, low ceiling height and mostly pleasant gameplay, it's all there, for better or worse. Hell, it even has the same soundtrack (E2L8) as the others.
Combat is fun and a good showcase of escalating difficulty. Early on it's mostly troopers as you explore the wilderness. Indoors Enforcers appear and take a toll on your health. Pig Cops then gang up on you. The ending gets a bit spammy with a zillion monsters, but the map gives you the appropriate tools of destruction to dispense with them before the battle sinks into tedium.
Navigation and exploration are mostly done correctly, but I found the more compact setting of the map's second half (a mansion) more enjoyable than the first half with its excess reliance on button hunting. (And I cannot be the only one who mistook this piece of decoration for a hint, can I?) There is some innovating with the game's assets, but only within the parameters set by the author's previous maps.

Conclusion: Memory of the Waters is another all-around solid map from Danny, but it doesn't really stand out in any way among the author's previous releases. By this point it seems the author isn't even interested in experimenting beyond his comfort zone, and that's certainly okay. Maybe it's akin to walking into a McDonald's: you know the meal is going to taste exactly like it did the previous time you ordered a burger. 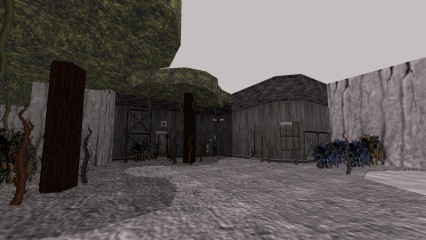 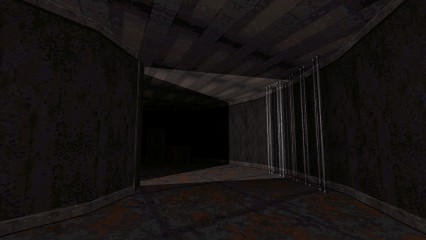