Since the return of MSDN with a groundbreaking new design and updated Hot Map links on October 20, five new maps have been released. Ignoring the fact that these had been in development for several weeks/months prior to October 20, MSDN takes full credit for this burst of creativity which was preceded by months of stagnation. This is merely a testament to the fact that Duke3D mapping has become synonymous with MSDN.

To celebrate this Halloween, I have two new space maps for you; of the five new maps a mind-numbing three are space themed, which is an interesting statistical anomaly considering the usual scarcity of space-themed usermaps. In any case, here's Duke Nukem For3ver Part 2 by StarCraftZerg and here's Moonlight from Artem Nevinchany. (For the other maps, check Return to Taygeta and Urea 51.)

And with all the ghosts flying around, remember kids that true courage lies in the overcoming of fear, not in its absence: 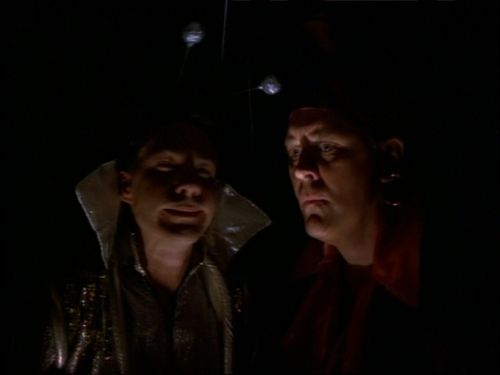 MRCK is yet again back with yet another city map. Check out Siebenpolis for some vertical, 7-paletted action.

I have finally fixed all the broken Fileplanet links but there are still some issues with case sensitivity. So, if you're trying to click a link that points to abc.zip but the actual filename is ABC.zip, then you're going to get a "not found" error. So, keep that in mind for now. Quick edit: When I said "all" I meant "Hot Maps". I'll get around to fixing the rest later.

I also changed the layout a bit. It was just a quick one-hour tinkering with the css file so some things are bound to look a bit off, especially if your monitor resolution is low.

Last but not least, here's a new map, Cold in November by Sanek.

Conrad Coldwood who released a few good maps nearly a decade ago has resurfaced with a new map. Check out Insurance Overload.