Halls of Doom by Zykov Eddy

This is a tiny 3-map episode inspired by the very first Doom. The first map borrows from the first episode, the second from the second and the third from the third. The Ultimate Doom episode (Thy Flesh Consumed) is left out; bummer, as it's easily the best of the four original episodes. You'll recognize bits and pieces of the original Doom maps, which is part of the fun. Aside from that, the three maps look dull and while they're fun to play, there isn't anything in them you haven't seen or played before a billion times. Eddy's trademark fresh ideas are absent and the music tracks from the 3DO (an obscure console) port are pretty much the only extra you're gonna get. The entire episode took me just six minutes, and while I don't regret playing it, Halls of Doom wraps up with the player asking "That's it?". 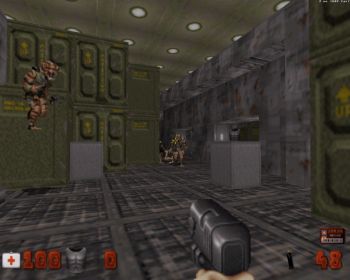 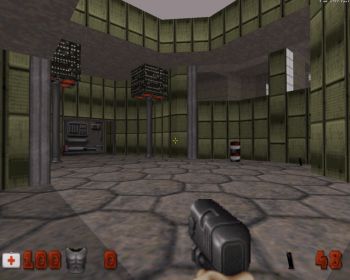