I went through The Gate, a classic Duke3D TC, some days ago and decided to rewrite my old review from 1999. I included FOUR download links so that you kids can play this gem even in case one or two links go offline some day. Read the review here.

Also, I uploaded Survival Version 2 BETA so that kids across the world can see some of the cool features this TC once had (and still has). It's really just a few unfinished, rudimentary maps but they give you a pretty good idea of some of the brand new features. Survival TC is still on the way - check Upcoming Maps for more info. 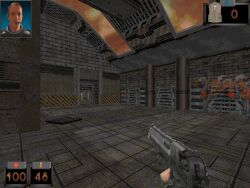 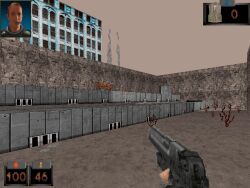 The map I was working on (check my previous update) has now been done for a few days. The map is titled "Hidden Zone" and is available here. Check My Maps.

I replayed Chimera TC (check TC Reviews for an old review of it) a few days ago and remembered that I have an unfinished Chimera map on my hd (sent to me by G.W.Bernard, the dude behind Chimera). I have now been trying to finish the map by adding a few details and some gameplay. It shouldn't take long so soon you'll get your hands on another "lost" map.
I actually noticed that I have quite a bunch of unfinished maps on my hd from various authors. I'm planning on finishing at least some of these because it'd be a pity to let them go unnoticed.

Here's a screenshot of the Chimera usermap: 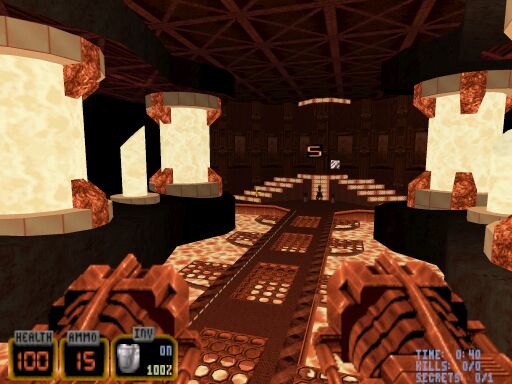 It's been quiet but by looking at AMC & 3DRealms forums there seems to be quite a bunch of Duke3D levels on the way. Of course, it may be that a huge bunch of these levels never get released.

But anywayz - I've got something for you and it's "Dark Beach" from a first-timer named "ultra tree 85!". Check Maps.

As you can see, there's a new poll. The old one asked "Have you used Build?" and this is how you answered:
Yes 31%, No 62% and 7% chose the "I'm an idiot" option by admitting that they didn't know what Build is. 1285 votes were cast. So it seems that most of you who come to this site are players only - not creators.

Puritan is back with another map, not long after The Scent. Check Voyager Ultimo: Frontiers on Europa ("Undesirable Elements") at Hot Maps.

Sorry for the lack but as said I was having LAN-party. Well, it's been over for four days now but anywayz. Hope you had a nice holiday. It's time to go back to school but worry not - there's always time for a good game of Duke. I installed a new graphics card yesterday (Club3D 7600 GT) and am now hoping to increase the performance of Battlefield 2142 on my computer.

Back to what this site is all about - Duke. I received a new map some weeks ago but couldn't upload it then due to being out of town and everything. This is a good one and it's from a previously unknown author. Check "GLVL1 from Hot Maps.

I also finally found the time to finish Prey. I started playing this game three months ago and played it for maybe two days (completed about 1/3 of the game). I continued playing last Saturday and played almost four hours straight. Check the MSDN review of Prey here.

I had a very nice Christmas, as usual, and Santa brought me some nice presents such as Unreal Anthology and Seinfeld Season 7 DVD-box - and, of course, tons of chocolate.
Just got home yesterday and now I'm in the middle of having a LAN party with three of my friends. This will be a two-week long party:)

Well I'll be out of town for a few days so I won't be doing the regular X-mas update. It seems that there are not going to be any new releases for this Christmas.

But I did finally review Oblivion Episode 3 which was released last spring. I also added a section that houses all three episodes with screenshots and info. Check "Oblivion" from the left frame menu and read the E3 review here. 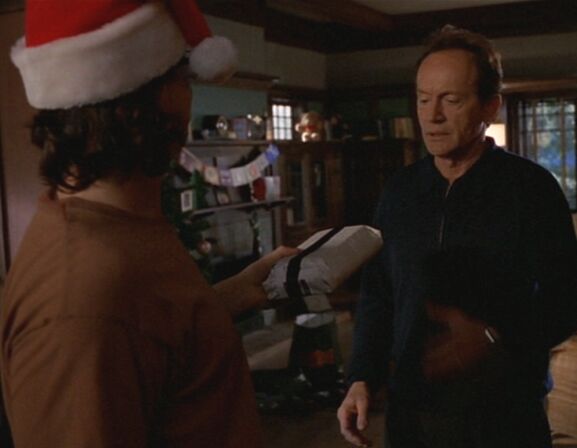 Two more from the grave, Aqua and Aqua 2.

There will be one more update a few days before Christmas. I'll leave to see my family maybe on the 22nd day and spend a few days there to celebrate Christmas. Then I'll return back here on the 26th day with a bunch of friends and we're going to have a two-week-long LAN-party:)

Another one from the grave, check Aqua 3 for some kick-ass action.

I also updated the AvP TC section (and the review) a bit with a few lines about the AvP2 usermaps that were released some months ago. Hopefully, LAW's restless soul can now finally rest in peace.

Puritan's back with a recycled version of his Afterglow: A New World Rising. The new one's called Afterglow: The Scent. The level is a worthy sequel to NWR and scored 91. Check Hot Maps.

Steambull (the dude behind "The Newbeast Research Facility") is back with "Nasty Flavour"! The map looks particularly good so if you're a fan of Alejandro/Pinxten maps then this one's for you.

"Roch Island" is not Pascal's latest but a city map by four distinguished members of The Community. Roch Island is over 800 kilobytes, the biggest map so far, and will take more than fourty minutes of your life. Check Hot Maps.

The map was also reviewed at The Abandoned Workshops where Quakis gave it 95.

And thanks Duke4Ever.net for reviewing my "A Winterland Memory" level from last spring. 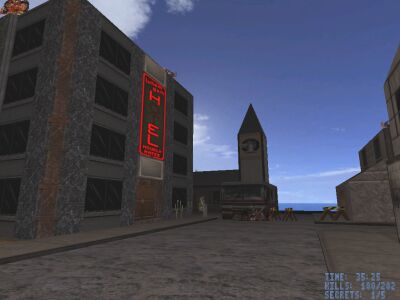 The first CBP map to take advantage of Duke's expanded limits, Jonof's Port Community Build Project, or JFCBP1, is here to show what a bunch of excellent builders can do. Check Hot Maps for JFCBP1.