After completing it twice I can now give you my fair opinion about this TC which was released only two days ago. Check 'TC Reviews' section to read the review of 'Alien Versus Predator TC' for Duke3D Atomic/Plutonium. And in case you still haven't downloaded it then do it now. Also remember to check its own section - 'AvP TC'.

Another TC was released two days ago - or actually its demo. But the demo itself is huge - it has 11 well designed levels and it's from Zaxtor ('West Alien Train', 'ARC_Nova Base'). The pack is huge - it's 29megs and can be downloaded from Fileplanet - DOWNLOAD! (review will follow once I get it working)

After waiting for it for four years this Total Conversion by LAW has finally been released to public. I have played about 80% of the pack and so far I have enjoyed it - sometimes it has even surprised me with its inventions. 'AvP' review will follow this release once I have completed the whole pack. But I don't want to keep you waiting for me so I'll just release the pack now and review it later. And since MSDN has been supporting this TC for years it's fair that this TC will have its own section at MSDN - You'll see it on the left frame. Check 'AvP TC' section for more info, screenshots and DOWNLOAD it.

If Fileplanet is acting strange - won't let you in even if you have logged in then just click the 'not registered?' link (or something similar) below the main text and type in your login name/password in the upper-right box and login.

Well guys it's finally over (well is has been since Friday) - I'm out of the military after six months of training. I'm now a 100% killing machine. And it means that I'll be sitting in fron of this pc a lot more than I have been sitting during the past six months.

I wanted to release more levels today than one but I misjudged the use of time during the past few days. I have been going from one place to another and things like that (yeah yeah - lame excuses). Started playing 'BigLight' today and got badly stuck after 70 minutes of gameplay!!! Review will follow once I get through that maze (it's still brilliant).

However here's one level for you (a hottie for sure): 'MRCK_Spiegul' from the author of Anarchy City series (the fourth one is coming by the way). 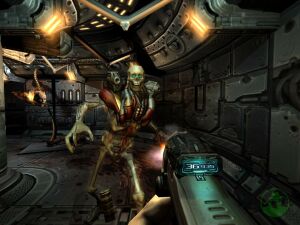 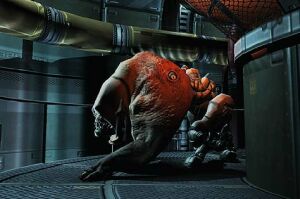 It's getting close - I'll be out of the army next Friday - permanently. Then my service is finished.

Here's a quick update:
'EDMAN-2: Nuclear Seas' is the latest addition to our growing number of levels. Check it out.

Send all the previews & levels you want now - From now on I'll have time - once again.

LAW tried to escape the law but in the end my troops got him and forced him to give me back my site. So here we are. This is (soon to be 'was') my last holiday - meaning that the next time I'll get out of the army to serve you I won't be going back anymore. The day of my release is still 9th of July. However it's still possible that I'll be home next weekend for a two-day holiday but there's a high chance that it won't happen. About 70% of the men in our battery will be 'closed' the next weekend.

Anyways two new levels for you: