Duke Repository found an old level from 1997. I tried it and found it to be a good one. I think it's just good enough to deserve a place at the Hot Maps section. Check out 'E1L10' (original name don't you think?).

I updated MSDN a bit. Take a look at the top of this page - next to MSDN logo. There are now some top-lists with top5-levels & top5-latest releases. Should be useful.

I was going to release three levels which all belong to 'Maps' section but I got stuck in all of them and found E1L10. Maybe with the next update. Sang's 'Battlefield 2' updated with DM support.

In the beginning there were five against one (two CTs already died during the same situation before the screenshot was taken): 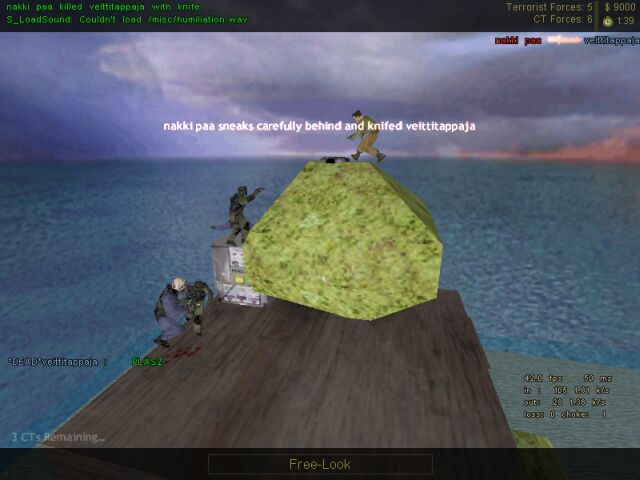 Then there was one - the king of the hill: 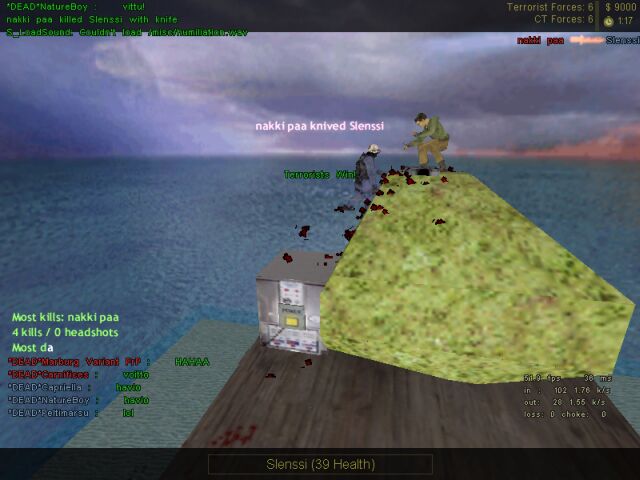 Three new levels. 'Babes Reloaded' is a hot map from Taivo Maripuu who started his career the same way Devastator did (previous work - 'Dawn in Arctic') - Both authors started from Maps section at the same time but reached 'Hot Maps' section as fast. Both are now releasing good levels.
Another hot map comes from the community - It's 'CBP4' of course and you can get it from 'Hot Maps'.
Sang is still working on his Supa 3 (check Supa & Supa 2) but managed to release a sequel to his first Battlefield level. It's called 'Battlefield 2' and you can get it from 'Maps'.

A new level from 'Devastator'. Devastator's previous level found itself from 'Maps' section but the level before that was a hot map. Now Devastator re-enters the Hot Map section with his new 'Dawn in Arctic' level.

I have a very small level for you today. It's just a small city area with a few monsters. Get 'Pawelek' from 'Maps'.

Dean Lillie (who used to work for my DT and released Dukematch level 'Poolland' some time ago) is working on a new level which is looking pretty good. Here are two preview shots: 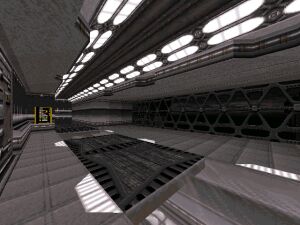 After abandoning a dozen projects Quakis finally released something. 'EDF Overtaken' is a new hot map at the wonderful paradise of MSDN. Check it out from 'Hot Maps'.

'Age of Evi' Total Conversions was released some days ago and Dukeweb brought it to us. Now it has been reviewed here as well. Check the Age of Evil review at 'TC Reviews' section.

It's HOT outside but it's even hotter inside where my computer keeps pumping all day.

Two new levels - 'Hell Awaits' is a nice dukematch level from the author of 'Red 4' and 'Another Crazy Day' is Gaelach's first release ('Maps').

No new maps but I'll have some for the next update (some that I have had in queue for weeks). Instead I'm giving you a 'site watch'. So let's take a small peek at the active review sites to promote our cause: