Aliens have captured Satan Santa while his gift factory is churning out gifts containing who-knows-what. Only Duke, with the help of Santa's surviving reindeer, can bring the fat fuck back home in time for Christmas. This faux-1997 "Total Conversion" is thematically like Nuclear Winter with pretty much the same set of locations. It is also surprisingly close to Nuclear Winter in quality, but I'm not sure whether that says more about the quality of this joke TC or that of Nuclear Winter.

The maps are pretty short, ranging from five to ten minutes in length, and they consist of the usual hunt for keys and buttons in various gift-laden environments. The jokes and the intentionally bad design with all the typos, disappearing Recon Patrol Vehicles, swing doors that behave like "Doom" doors, etc. are what keep you playing, but it turns into a bit of a slog because the maps keep throwing a ton of enemies your way at every turn. At least there are so many ammo-containing gifts (that seem to turn indestructible when hit with bombs..) lying around that you don't need to worry about conserving ammo. Some of the snowy environments look kinda good.

Conclusion: The joke manages to carry you a few maps past the readme file but eventually runs out of steam amidst all the incessant combat. Ho ho ho. 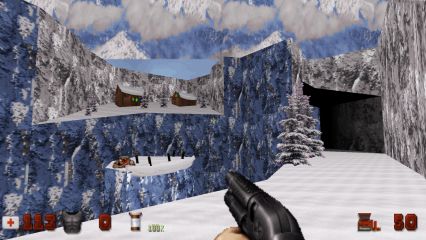 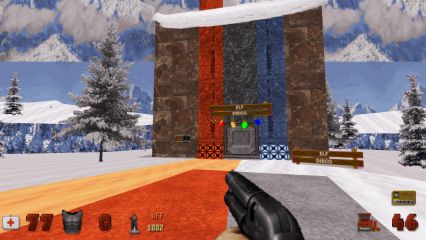