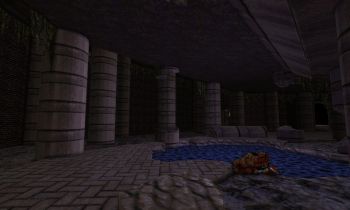 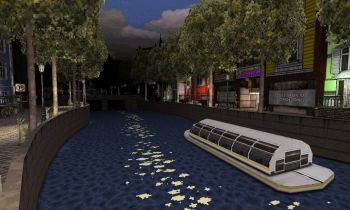 The return of Allen H. Blum and Levelord to the mapping scene has been a wet dream of Duke3D mappers for two decades now. Now that it has finally happened, the event has been surrounded by controversies concerning Gearbox's business practices. Some of the response has been downright toxic, which seems to be the way to go in the PC gaming community of the post-CoD4 world, where any attempt at being reasonable and objective is met with downvotes and accusations of being a corporate shill. Still, some of the criticism is definitely valid: The release of World Tour coincided with the removal of the Megaton Edition – a would-be competitor that has been an important contributor to the mapping scene – from Steam. Moreover, unlike the Megaton Edition, this 20th Anniversary edition isn't packaged with the three Duke3D mission packs. As if this wasn't enough, World Tour costs more than the Megaton Edition did.

But that's just a sidenote for the sake of historical curiosity. What's under review here is World Tour, not Gearbox's business practices. Despite the bad press, what we're left with isn't an altogether terrible deal: Eight all-new maps by the gods themselves, new music by Lee Jackson, a new "true 3D" renderer and a developer commentary feature. But is it worth the price?

The first thing you'll notice upon hopping into the new episode (Alien World Order) is that there's something very wrong with the sound quality. I'm no audio expert, but it's as if every sound in the game, apart from Duke's one-liners, is muffled. You won't get used to it, and some sound effects, such as the alarm sound of the Pig Cop Tank, are worse than scraping a chalkboard. Jon St. John's lines have been rerecorded for the episode. For the most part they're good, some even worthy of the originals, but there were a few (mostly related to gasping, grunting and screaming) where a Gearbox employee should have had the balls to ask for another take. Another thing you'll notice is the strange behavior of your mouse. Any kind of precision shooting is impossible, which is probably why they removed the possibility to disable autoaim. You should get used to it though, especially if you've gotten used to playing Duke3D with autoaim (which is what it was designed for).
There are a few other oddities as well that are missing from EDuke32. They aren't a big deal but still slightly irritating. 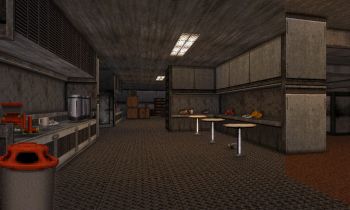 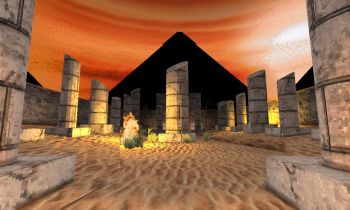 It might seem like we're off to a bad start, but luckily the new maps are very good. Their "feel" is instantly recognizable to anyone familiar with the originals: Progress is easy, layouts are clear, and there are plenty of secrets and easter eggs along the way for those willing to explore. In World Tour – based on famous cities and locations around the world – Levelord and Blum rely on the very things that made the original maps such a big deal two decades ago, but without having to concern themselves with limitations of computing power. Rather, World Tour is exactly what a fifth Duke3D episode would have been like in 1996 if it had been designed without 1996 engine limitations. There is a downside to the heavier detailing though: Because the monster count tends to be high throughout the episode, all the details end up getting in your way from time to time. This is less of a problem in the more open maps, such as the Golden Gate bridge, but it's very noticeable in Levelord's maps, which seem to have the same scale as in 1996, only with a lot more details this time around.
Overall, professional craftsmanship shines through these new maps, the kind of craftsmanship you really don't come across in any but a few usermaps. This isn't to say usermaps are worse than these, but it's a fact that usermappers can afford to take liberties and try out new things that professional mappers cannot (for better or worse); professionals have to concern themselves most of all with the flow of the game and the satisfaction of those who eventually pay their bills. Therefore, "Where the fuck do I go now?" moments are very rare in the new episode, and the flow of the game is generally speaking more enjoyable.
Worth mentioning are the new 8-bit textures and sprites, which really help bring the various real-life locations alive. The textures blend in together seamlessly; this kind of consistency is exactly what sets professionally designed mods apart from fan-made mods.

I also must say the new renderer is pretty great. It complements sector-based lighting rather than attempting to replace it. The renderer relies on two things: Polymer-type point lights (without the performance issues of Polymer) and ambient occlusion, a method of simulating ambient lighting. The latter in particular can make a simple rock formation look good even in the absence of traditional sector-based lighting. If you pay attention, you'll notice how the benefits of ambient occlusion are more visible in Levelord's maps while Blum benefits more from the careful use of point lights. All this new eye candy can be turned off if you want to go for a more vintage experience. However, while the mappers have mostly made sure their maps look good without any of the new effects, there were some parts, such as the streets of London and Moscow, that seemed a bit dull without them. 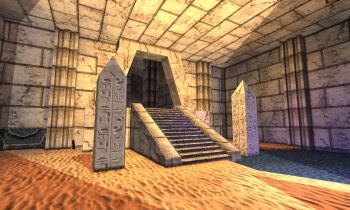 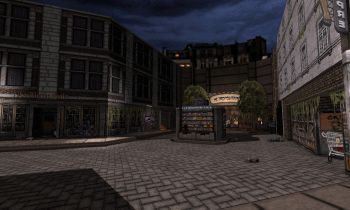 The maps are accompanied by a new soundtrack by Lee Jackson, one of the original composers. The soundtrack is quite good and in stark contrast to the awful sound quality. There are no midis anymore, which is good because you had to have been there to appreciate midi music. Still, the new tracks have a retro quality to them but without catering exclusively to the retro crowd; the melodies are noticeable without being obtrusive.

The fifth episodes follows in the footsteps of the Atomic Edition in adding two new monsters and one new weapon. The new weapon, a flamethrower-type apparatus, is a lousy gun. It can kill slightly faster than the shotgun but its range is pitiful and it's not too hard to end up hurting yourself in cramped corridors, of which there are many in this game. Moreover, the gun is simply boring to use. The new Firefly enemy is annoying at first (weapons that burn you for a few seconds after getting hit are simply a terrible idea) but quickly turns into a mere joke as you seem to come across them mostly in situations where you can safely gib them with explosive weapons before they even have a chance of becoming an annoyance. The final boss is a joke; if you want to get killed, you really have to put some effort into it.

Another feature worth mentioning is the developer commentary. There are these notes spread all over the maps (including some of the originals) that you can operate to hear the authors discuss various aspects of mapping. The feature is pretty well implemented and provides interesting insights into the mapping process.

Conclusion: In itself World Tour is a good 20th anniversary update, featuring a thorougly well-designed new episode by the very mappers whose work has inspired almost every mapper featured on this website. The concept of a "world tour" works great in this game, since the very thing that set Duke3D apart from its competitors back in the day was its authentic setting, a refreshing switch from the dozens of generic hi-tech bases and medieval dungeons. The graphical updates in World Tour complement the maps rather than the maps serving as excuses to show off superficial new effects. There are some jarring issues such as the crappy sound quality, but luckily it's easier to overlook the terrible design of the new monsters and the flamethrower.
Of course, while you've gotten used to downloading maps for free, this time you're asked to pay for them. 20€ might be a bit steep if you're only interested in playing the new maps, as the fun will be over in less than two hours. The work presented here by Levelord and Blum is just about worth it in my opinion, but you won't lose anything by waiting for a sale. 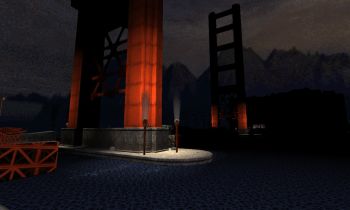 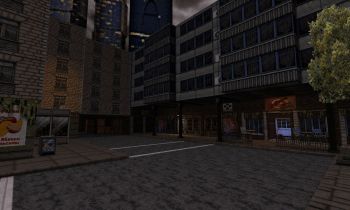