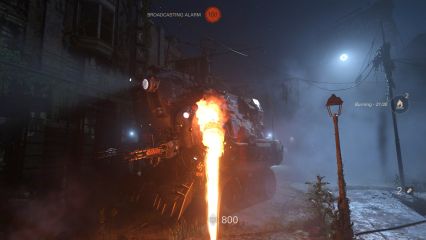 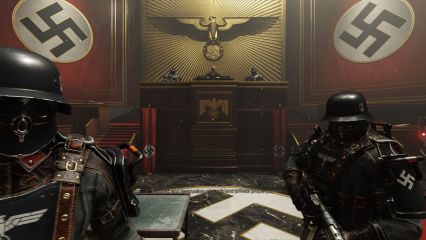 The New Colossus, a sequel to The New Order, is, overall, quite a great adventure through a variated set of environments where you fight some awesome-looking enemies whose behavior doesn't quite match the quality of their visuals. Combat is for the most part quite enjoyable and satisfying, and the settings help enhance the experience, but there are a few things that aren't that great (while still acceptable).

Enemies look tremendous, but it doesn't make sense that you can put them down so easily at times. I believe their visual design is among the most solid around (of all the games I've played at least); they are like tank-tranformers, or beefy Darth Vaders with stocky armors, but you still can put them down with a single pistol headshot, or you can take down a bus-sized mech with a "toughest guy in town" look while relying on nothing but shotguns and machineguns. 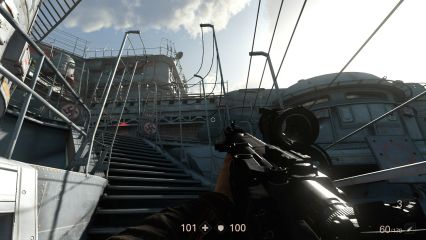 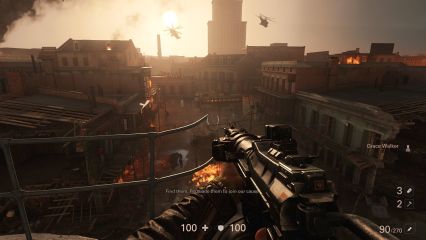 Gameplay is relatively hard and good, although the game could have made better use of its tactical situations. The game relies on a quite repetitive trick: You enter a new area and have to go through it either by stealth until you kill the commanders or by unleashing hell and going at it Rambo style. If you choose the latter, or inevitably fail at stealth at some point, you end up fighting waves of enemies, which makes it way too action packed. Instead, finding the commanders and killing them before they ring the alarm makes it a lot easier, but stealth is simply very basic and boring to bother with. Also, you'll find a ton of ammo, health and armor in every corner you come across, so it's not like it makes any sense to go crouching and using the pistol (unless you really want to miss the fun). Some weapons are simply better than others and you never find yourself in a situation where you have to conserve ammo, so you can go through the whole game using only one weapon like I did.

The New Colossus is a visually impressive game: technology is top notch, the grand scheme of things is quite great, detailing of its environments is the best I've seen yet (the demo of Dishonored 2 may have looked better, but I have to play the whole game first) and animations in the cutscenes are very good. Friendly characters are wacky though; the game expects you to like them, but you can only wish them death - I would have wanted to lose the game just to watch those clowns die. A special mention goes out to how the game will constantly ruin the atmosphere with its over-the-top cutscenes with their over-the-top evil enemies (like something out of an Austin Powers movie) and similarly over-the-top good allies. It would have been simply a much better game if it was stripped off all that crap à la Doom 2016.

Conclusion: There aren't quite that many games like Duke Nukem 3D or Half-Life 2 around these days where you get to go through a set of different environments. So this kind of stuff is really welcome, even if it comes with an overtly emotional story that constantly tries so hard to be cool that it ends up not working at all. Even then, because of the enormous work behind it, the game is quite great. 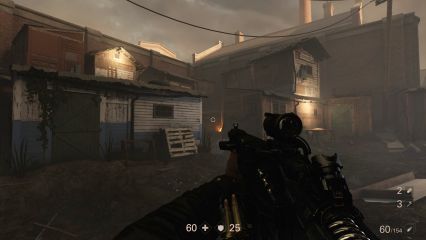 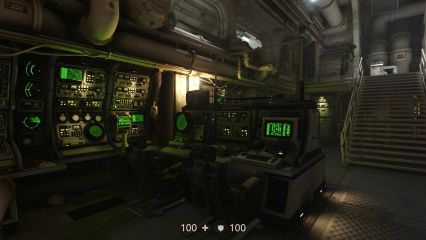