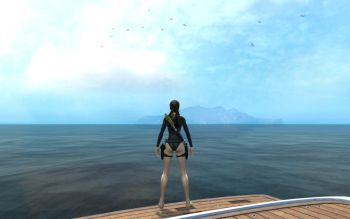 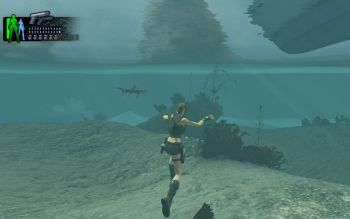 I never really cared about the Tomb Raider franchise. The games just seemed like too much work and not enough fun. Prior to this I had only played the first level of the first Tomb Raider game. And yet I've watched my dad play the entire series (at least up to the 7th generation consoles), and what's remarkable is that apparently nothing has changed since those days - except for graphics of course. Tomb Raider still isn't much fun. In fact, as entertainment, it sucks.

Being a puzzle-oriented game, puzzles are what you'd expect. But Tomb Raider is not like Portal, a game that relies on problem solving through logic that's firmly rooted in well and clearly established rules. Tomb Raider is more like Mirror's Edge, relying on environmental puzzles and platforming, except while Mirror's Edge had a system that worked, Tomb Raider's is horribly broken. A jump from one ledge to another that worked at one point suddenly doesn't work anymore when you come across a similar ledge later on in the game. Lara holds on to ledges and edges rather selectively, even when such surfaces are clearly of the climbable variety - you're simply not approaching them from the "correct" (the game's interpretation) angle. Then there's jumping. Standing still or running, it's pretty clear where the character is gonna go if you decide to jump. But when you're hanging from ledges, or standing on them, it's not always clear where the character is gonna go even when you damn well know where you want her to go. In Mirror's Edge this problem was solved by having the character show the direction of the jump with her hand. In Tomb Raider, there's no such system. Sometimes Lara leans toward the direction she's gonna go but this hint is only available at specific moments such as when Lara has reached the end of a ledge. So you close your eyes and hope for the best, but often what you get is Lara screaming as she dives into a pit. So it's back to the drawing board, with you back hanging from the ledge, trying to change just one thing this time around (like the camera angle or the key you're holding) in an endless cycle of trial & error. And so on. At least the save function is quite good as you almost never have to replay long segments.

This isn't to say these things are with you constantly. In terms of (virtual) physical size, most of the game is relatively smooth sailing. The game doesn't even compel you to be super accurate with your jumps as Lara will occasionally "correct" your moves. But as far as time usage is concerned, the few areas where you do get stuck are disproportionately represented. And even when things are mostly going your way, you're constantly reminded of the game's flaws when Lara occasionally refuses to hold on to something. So, while I don't mean give disproportionate weight to these problems, the fact is that their share is disproportionate and to a considerable degree. The game degenerates fast to a point where you don't greet new areas with excitement and curiosity, as in Portal, but frustration. Hell, you aren't even allowed to enjoy a bike ride without the game constantly trying to put obstacles on your way. Of course, not everything is the game's fault. Sometimes you just miss something obvious, like a grabbable ledge, or forget that Lara can perform a move that could get you out of trouble. Then there are those moments where you go "that can't possibly work" and then are proven wrong. 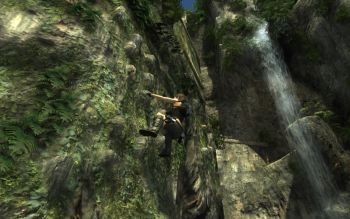 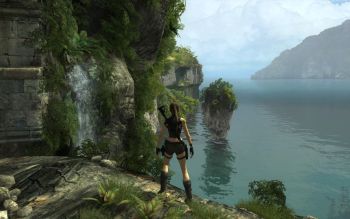 Beyond puzzles are the game's graphics, the story and the combat system. First of all, Underworld is graphically quite impressive for a three-year old game. A lot of work has gone into designing large areas filled with gigantic statues and ancient architecture. Underwater areas are stunningly beautiful. Lara herself looks quite nice in her tight outfits but you never really start to consider the character as you because the immersion of being there is constantly broken by the game's poor controls, reminders that it's just a game and that Lara is merely a crash test dummy.

But graphics are about the only thing about the game that are consistently good from start to finish. The combat system is dull. Every fight consist of you running and jumping around, holding down the fire key while the game aims for you. And this is the way it is almost all the way to the end: no situation forces you to reconsider your tactics as every enemy from endangered tigers to extinct lizards behaves more or less the same way. It's not until near the end that you're better off changing your tactics a bit as a new weapon allows you to merely stand still while holding down the fire key.

As for the story, it couldn't have been more irrelevant. Lara travels to a location, discovers some artifact, travels to another location, discovers another artifact. There are no bosses, no surprises, nothing to evoke any emotions beyond frustration and, from time to time, relief from frustration. The game ends, after a long and tedious trip, ŕ la Rage with Lara pushing a button. Despite having finished the game only a few hours ago, I have no idea what was going on in the game story-wise, except that it revolved around Norse mythology, something about Lara's mother being dead and some Batwoman not being on good terms with Lara.

Conclusion: A long time ago I realized it's more fun watching someone else play Tomb Raider than playing it yourself. However, those diabolical Steam sales lured me into giving the franchise another chance. After nearly 14 hours, I've come across no reason to change my opinion of the franchise. The game is frustrating when you know what you want Lara to do but she refuses to do it and unrewarding when you try to apply something that worked before but doesn't seem to work anymore. It's just not worth the trouble. 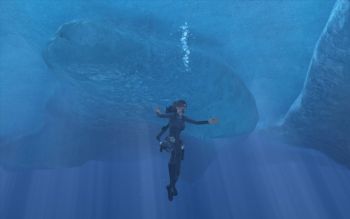 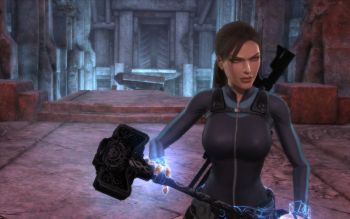 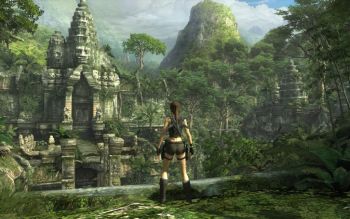 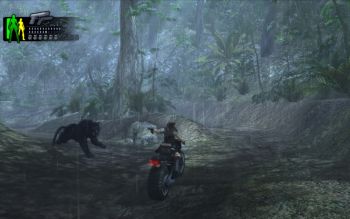