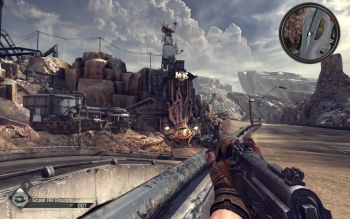 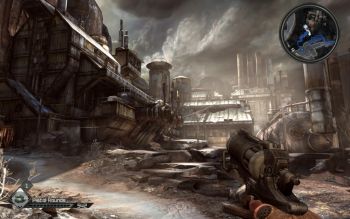 It's been seven years since Doom 3 and now id Software is back (unless you count the projects they supervised, namely the awesome Enemy Territory: Quake Wars and the über-lame Wolfenstein). If anything, Rage is a solid shooter but also a major break from id Software traditions. While playing, games like Far Cry 2 and STALKER were more often on my mind than any of the id classics - and that's a good thing despite my fondness for everything the company has done in the past.

Granted, I was a victim of the graphical problems that plagued the game right after it was released just two weeks ago. When I walked out of the Ark, prepared to see something awesome, I instead got this. But a quick GPU patch resolved these issues and I was able to enjoy the rest of the game the way it was meant to. Despite plenty of low-resolution textures, the game's overall look is awesome, although this is somewhat restricted to outdoor areas. Low-resolution textures are not only more noticeable indoors but these locations also suffer from static, dull lighting, as if id Software's Doom 3 never existed. Nowhere is this more apparent than in the Dead City, a post-apocalyptic city that's supposed to be impressive but is actually a very stale experience thanks to the aforementioned low-quality textures and static lighting (and boring mutant enemies don't really help). By the way; while the outdoor areas look absolutely stunning, I was so waiting for changing weather patterns. Rain could've looked absolutely badass in this game. The game is also missing a day-night cycle (unless the impact caused tidal locking, but this was never mentioned in the game). 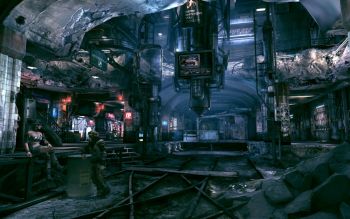 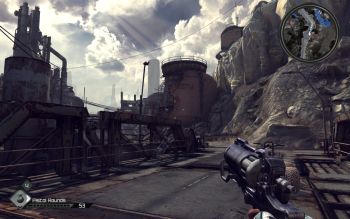 There isn't much of a story. Civilization is wiped out by an asteroid and you're among the lucky few who were kept frozen until a hundred or so years after the impact. Upon waking up you notice the world has turned into a wasteland with bits and pieces (more like scraps) of a once-great civilization everywhere. It's like a game set in the Wild West but with a modern spin. As you move on, you come across a few human settlements. It's here that you're given your first of many assignments, which involve driving around the Wasteland, entering a location and shooting your way out. A bit later these small settlements are replaced by towns where you get to do all kinds of optional stuff such as play minigames, race & tune your cars and take on bonus assignments ("jobs"). I wasn't expecting much from this game but all this extra stuff really caught me by a surprise. Of these the most notable extra is the racing mode which is basically a built-in racing game.

The Wasteland is open-ended; not Far Cry 2 or STALKER open-ended but at least it provides a sense of freedom. Rage is more like the old Final Fantasy games where you'd navigate the world map, observing interesting things in the distance but not necessarily allowed to explore them immediately. The best thing is, compared to all the other games of this type, is that it doesn't take forever to get from one place to another. You don't have to go anywhere without a vehicle and boy those things pack a lot of power. The sensation of speed you get from speeding on a highway is incredible, and you're not constantly bugged by manned checkpoints like you were in Far Cry 2. Yes, there are enemy vehicles as well but you're properly equipped to either blow the shit out of them or just leave them behind.

Between the towns and the Wasteland are the more typical oldskool locations. These tend to be heavily run-down, dark industrial environments, occupied by bandits and mutants. It is here that Rage takes a turn toward oldskool id action with linear levels and non-stop action. Luckily, despite some recent regressive trends toward limited arsenals, Rage lets you carry every weapon you manage to find. (Console limitations do appear from time to time, such as limiting the mouse wheel to four weapons, which can be infuriating in the middle of a combat situation.) Enemy AI is quite impressive. Human enemies use cover and, when in trouble, try to get as far away from you as possible. In turn, some über soldiers can make you run. Even mutants perform quick manoeuvres as they charge. Combat is satisfying, with tons of goodies (alternate ammo, equipment, powerups) to choose from and achievements to unlock. There are some shortfalls though such as boring mutant enemies that never seem to stop coming. Even worse, once the game starts approaching the finishing line your enemies suddenly start wearing badass armors, resulting in prolonged combat situations with no increase in difficulty level (the game is actually very easy even on hard). Note that there are no checkpoints, which is fine with me but those who've gotten used to checkpoint-infested games may end up getting frustrated if they forget to use the quicksave feature.

These levels are filled with collectable items ŕ la Bioshock. I found this a bit disorienting, just as I did in Bioshock, but I'm sure many will get off on being able to find all kinds of junk from the ground (well, it's not really junk as it can be turned into something useful later on). Otherwise the environments are weird in that they seem alive but are actually pretty static. There are all kinds of little things that bring the environment alive but there's hardly any opportunity to interact with the environment and dull lighting doesn't help the situation. By the way, pay attention to all kinds of references to other games, particularly id classics such as Doom and Quake!

Conclusion: I really have to compliment id for not only coming up with something different, but for coming up with something very different from what I was expecting. There's plenty of oldskool action but it's mixed with sidequests, a racing mode, minigames and stunning outdoor visuals. Some have actually complained about the lack of content, but drawing comparisons to games like Fallout 3 are just wrong to begin with as Rage is an action game, not a role-playing game. The in-game clock tells me that it took me 14 hours to finish the game (18 hours according to Steam) with around 70% of the achievements. This is more than any first-person shooter has ever taken me with the sole exception of Far Cry 2, which is essentially a sandbox game. But I have to finish this by saying that the ending left me a bit disappointed; in fact, that's gotta be the lamest ending ever. 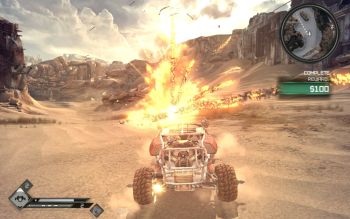 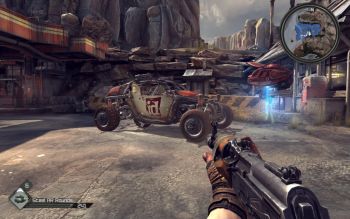 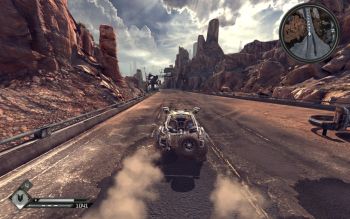 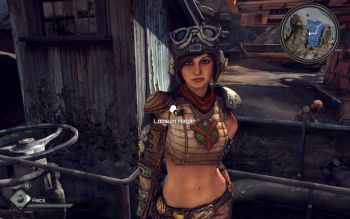