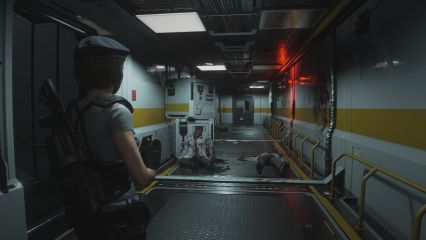 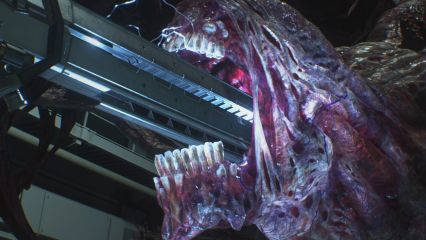 The only Resident Evil game I tried prior to this one was the very first one on the PSX. Not only did it have horrendous "tank" controls, but the PSX seemed technologically so inferior to the PC that I just quit playing after half an hour or so. My father persisted, however, playing most of the early PSX/PS2 era Resident Evil games, but I never developed any interest in the series. So why Resident Evil 3, a 2020 remake of Resident Evil 3: Nemesis from 1999? Because it came with my Radeon 5700XT.
I'm glad I gave this one a try; it's not bad at all. For sure, I made a "bit" of a bad choice by starting the game right away on Hardcore, but previous games had taught me that hard isn't really hard, so going for it is the correct choice nine times out of ten.

I don't know if it's because this is my first Resident Evil game or because of something fundamental to the game itself, but this was a bit of a rough ride. The zombies take many good shots to go down (and they don't tend to stay down either); they're the very definition of bullet sponges. Add to this that you're constantly low on ammo; this means you constantly have to consider whether exploration is worth the risks (usually it is, by design). You can craft more ammo and health items with various ingredients. At first I kinda liked it, as the simplicity and usefulness of crafting reminded me of Alien: Isolation, but I have to say I didn't care for the space issue at all; there's more stuff lying on the ground than you have inventory space for, and you basically still need everything you come across (at least on Hardcore). I rarely found the game more difficult because of this, merely more irritating, as it compelled me to backtrack to items I had left behind earlier. It's therefore a great relief when you finally get your hands on bigger pouches, allowing you to carry around more stuff at once. 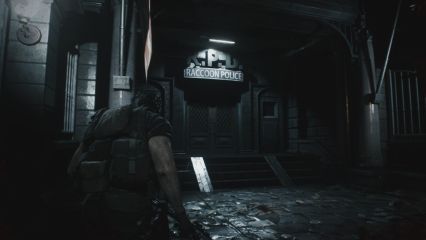 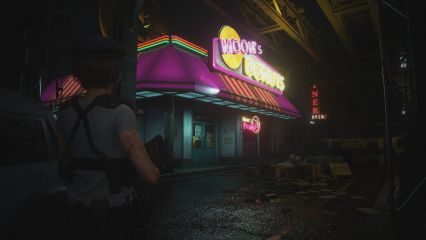 The levels are cramped by design; the zombie enemies are slow, after all, so you can't give the player too much space to move around, as that'd trivialize any threat they posed. Still, it's frustrating how you can't vault over simple objects, and running is barely discernible as such. You can dodge the enemy, but I found the mechanic a challenge to learn. Again, going for Hardcore (which gives a smaller window of opportunity for the dodge) didn't exactly make the learning process easier; because of the high penalty, a single bite from a regular zombie was something I had to take very seriously, which didn't really incentivize screwing around for the sake of practice. I understand the game's difficulty was balanced around these facts so that you're not at a disadvantage because of these limitations, but they could have adopted a different outlook, one allowing vaulting, climbing and proper sprinting, from the get-go. And while nagging camera issues were mostly a '90s thing, the one in Resident Evil 3 can be a bit annoying sometimes, often being too close to the player and causing some unneeded difficulties when zooming in and out during combat.

The game's been branded "survival horror", but it didn't really have any of the tension or scariness of, say, Alien: Isolation or Amnesia. I guess the fundamental issue is that zombies are lame. The few spots that got a bit tense were so mostly because to their difficulty. The "survival" aspect of the game is much more obvious, however, as the scarcity of items is a constant source of stress. The main antagonist, Nemesis, makes recurring appearances throughout the game. He's a nuisance and I must've spent 30 minutes running around during the second boss battle, not knowing what to do or whether what I was doing was actually doing anything. Still, he does come across as a formidable, well, nemesis.

That's a lot of complaining, but on balance I still found the game an enjoyable experience. The game has a good flow to it, and while the specifics of the wider story (a city overrun by zombies because of naughty scientists backed by evil corporations) aren't all that interesting, you'll care more about what happens to the characters. The game feels rewarding when you make progress, and the scarcity of items makes it a joy to come across, well, anything to put in your inventory. They also limited saving so that you can't simply savescum your way to victory. (Some may call this an "artificial" way to increase difficulty, as if savescumming weren't an "artificial" way to decrease it in the first place.) Graphics are pleasantly high resolution, but naturally at a cost to your framerate (and make sure to tinker with anti-aliasing settings in case the game looks blurry). I also found the game's level design refreshing, like a blast from the '90s. It's not a linear game where doors constantly close behind you, but it's not an open world either. Rather, each map is a distinct unit where you chase buttons, keys and gadgets to open up new routes and shortcuts to earlier parts.

The game's length has been criticized by some, but I found the game enough gameplay-heavy (as opposed to littered with cutscenes and length-padding) to justify its length (around 9 hours). And for those who want more, your first playthrough unlocks rewards and challenges for additional playthroughs, and there's a bunch of collectibles for those wanting exploration.

Conclusion: The issues I had with Resident Evil 3 (2020) mostly seemed to boil down to my bold choice for its difficulty level - and I can't really blame the game for that. That I was still able to find plenty of fun in the game should tell something. I wouldn't have any idea how this ranks as a remake, but, not knowing anything about the original, this made me at least semi-interested in perhaps one day trying out the other modern Resident Evil games. 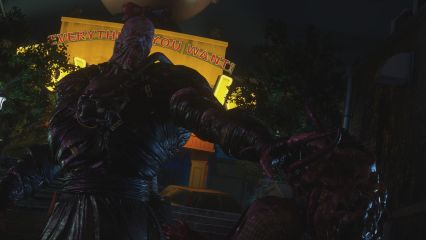 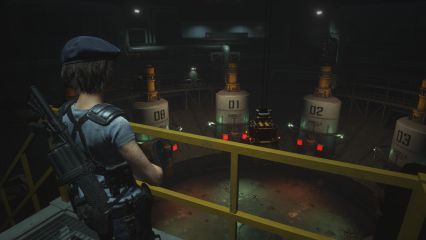