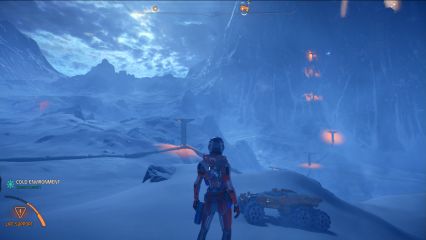 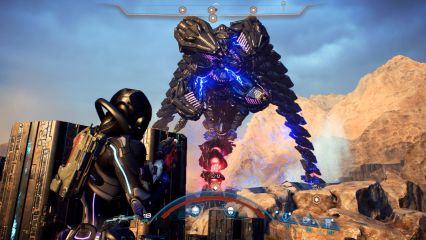 Years ago I was very hyped about Andromeda, especially after the awesome N7 Day teaser (featuring zero gameplay, of course) was released. The lacklustre critical reception put me off buying the game until I tried it through Origin Access. (At least that 15€ spent on trying out the god-awful Battlefield V for a month wasn't a complete waste.) To my pleasant surprise, Andromeda is actually a pretty good game. Humans, along with some other alien species from the original trilogy, end up stranded in the Andromeda galaxy when their colonization mission goes astray. The premise is simple, but it gives a nice positive spin to everything you do. During the course of the game you get to see your new neighborhood turn from a hostile world inhabited by nasty aliens and environmental threats to a place you could call home. In other regards the story is pretty typical of the franchise with the usual lame aliens that are about as intimidating as something out of Star Wars. There's also a mystery surrounding weird "Remnant" technology left behind by some long-lost civilization. The technology has kept locals puzzled for millennia until Ryder the exceptional solves these puzzles in a matter of minutes with the help of her deus-ex-machina AI implant, SAM, apparently the only technology in the universe capable of solving beginner-level (but admittedly fun!) Sukodu puzzles.

This being a product of the socially conscious Bioware, the story rewards the player for being as naive and forgiving as possible, and there's bound to be some not-so-subtle SJW commentary pertaining to microaggressions and tolerance. The main characters are ok, maybe not as good as those in the original trilogy, but then again I got to spend less time with the new crew. Anyone who claims the differences are somehow significant is not being objective; those complaining about the characters are probably the same pussies who're still suffering from PTSD brought on by the slightly downbeat yet awesome original ending of Mass Effect 3. And of course this wouldn't be a Mass Effect game without awkward romance scenes, including some cringe-worthy softcore sex. Andromeda got a lot of bad rap at launch because of its facial animations, but these seem to have gotten patched somewhere along the way. Maybe the conversations overall felt a bit stiff, but the criticism was probably always overblown and motivated by political agendas. 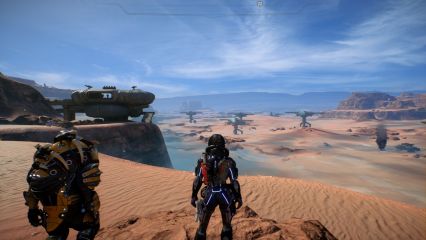 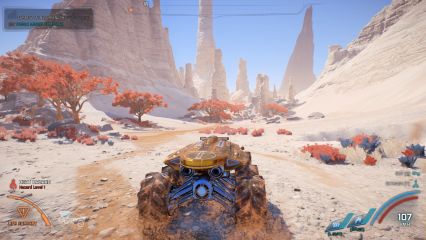 There are two bigger problems with the game. First is the stiff momentum-based movement system. It's nowhere near as hideous as in ARMA2, but I prefer a movement system to feel fluid and responsive, not clunky and sluggish. As it is now, you're constantly bumping into things and losing momentum. The Frostbite-powered terrain is also far more complex than anything you came across in the first trilogy, and while it looks nice it also increases the need for a fluid movement system. As if acknowledging that there is a problem, they give you a jumpjet to help navigate the terrain. The Mako vehicle from the first part has reincarnated as Nomad. Considering the complexity of the terrain and the sheer size of the planets, it's pretty much your primary method for moving around. The vehicle controls well, especially after several key upgrades, but is made of paper and has no weaponry of any kind. Still, it's nice to get the Mako/Nomad back.

Some of this sluggishness carries over to the combat system too. The cover system now works automatically so that as you get near potential cover with your weapon raised, you enter the cover mode whether you like it or not. It's nowhere near as bad as it could have been, but still I would have preferred a manual system as an option (which would have been merely a matter of adding another if condition); at least it'd have given the player a better feel of being in control. There were also many times when something looked like it could have been used as cover, especially when approaching the enemy from an elevated position, but the game's automatic system ignored the cover as too small. It wouldn't be that bad if you could crouch, but you can't. The combat system is littered with other annoyances: I always felt like the camera got too close to the player when aiming down sights, and the ADS sensitivity cannot be adjusted at all. There's also way too much emphasis on using cover (at least on Hardcore), but then again my experience could have been different if had I played a different class. I put many hours into the game but never felt comfortable with the controls. It's telling that even on a hard difficulty setting it felt like the biggest challenge was almost never due to the enemy.

The galaxy has five major planets to explore, all of which can be described as open world. In addition there are a few minor locations, but it's not like in the previous parts where you could visit multiple planets. The planets look really good and it's fun to explore them, at least initially, making them habitable inch by inch. A nagging issue is that they're still pretty static; there's no day-night cycle and weather is always the same. Like before, there are many planets you can scan from the orbit, but it's less meaningful this time around; most of your resource acquisition comes from exploring the five main planets. The (skippable) planetary transition animations look nice though, but they get old pretty fast. 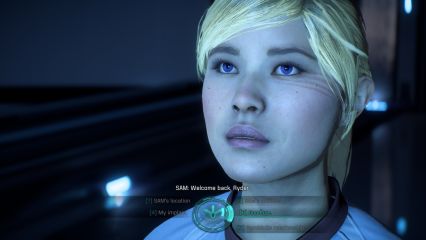 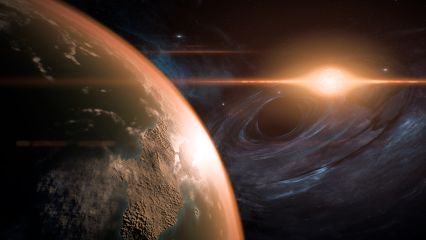 The second major problem with the game concerns sidequests. The five major planets are littered with sidequests, but these tend to suck. Not only are they meaningless fetch quests, but the single most infuriating aspect about them, and the entire game really, is how they make you bounce back and forth between solar systems. What you'd like to do is travel to, say, Eos and finish every quest there and then be content with leaving the planet behind, maybe returning later for something worthwhile. But no, as soon as you get to another planet someone there asks you to travel back to Eos to fetch ingredients for his drink. A certain "movie night" sidequest requires you to fetch two items from each Aya, Kadara and Nexus, except you cannot do this in three trips; you need six trips. And it never ends. Too bad because there are some okay quests every now and then, but you have to go through a lot of crap to find them. Quite frankly, if sidequests aren't your thing but you still like "meaty" content, just go for the optional loyalty missions. Attaining a 100% viability rating on each five planets is a decent, somewhat meaningful task as well, and the memory triggers are worth going after to unlock some rather important story details. (There's also an optional superboss, "Architect", that can be fought on four separate occasions; it's okay, but the battle is always the same and it's more time-consuming than challenging.) Anything beyond that is just fluff and length-padding. I also wish it were possible to permanently clear/liberate enemy outposts like in recent Far Cry games to avoid having to fight the same group of aliens over and over again.

The game has quite an extensive upgrade system for gear and character abilities. I fiddled around with the research and development system a little bit, but I'm too wary of committing components if there's a good chance I'll come across a better weapon on the field merely minutes after (the same issue I had with FFXIII). The UI also seemed a bit confusing, but maybe that's just me.
Music isn't quite as epic as in the original trilogy. In fact, it's very low-key, but it makes for perfect ambient-style background music, something that's pleasant to listen to while playing but won't get stuck in your head. Only the combat music was too loud in contrast (and there's only one option for music volume).

Conclusion: Andromeda is one of those games that suffer from several rather considerable issues and yet you still end up enjoying them probably more than you should. The story and the characters are what you would expect from a Mass Effect game, the premise sets a nice tone for subsequent events, and the open-world planets along with the reintroduction of the Mako make exploring the galaxy fun. Yes, the combat system is a downgrade, a disappointment after the heights reached in Mass Effect 3, and the design of the sidequests is, for the most part, really bad. But it says something that I kept going back to the game to finish those pointless sidequests, not because I enjoyed them but because I didn't want to leave the game behind, not when I knew there'd be no sequels or DLCs on the horizon; who knows how long it'll take for the franchise to return from its indefinite hiatus. 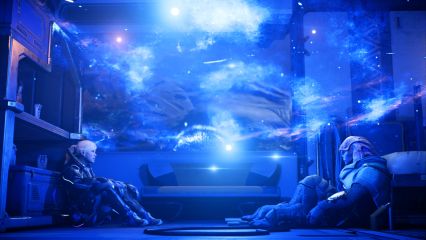 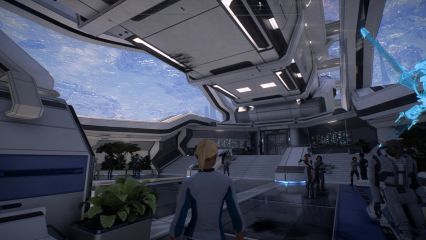