FM4X - The Uprising by Fernando Marquez 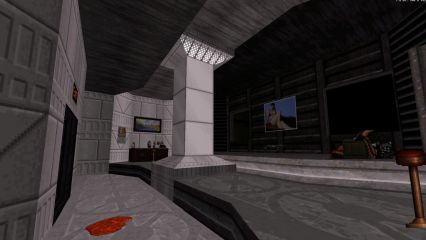 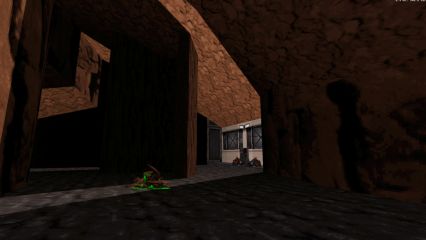 Fernando is back to wrap up (maybe for real this time?) his multi-episode FMX series that's been in progress for almost 20 years now. While the first two episodes in the series were heavily, maybe even a bit too much so, infuenced by the original three episodes, the third episode was thematically far more original but without forgetting the debt it owed to the 3DR classics. The fourth continues further into this territory whereby the author's approach to design is still heavily infuenced by the classics, but this time around the maps are thematically all over the place (even including a few reinterpretations of The Birth maps), making it more interesting from the player's perspective. Uprising features 11 new maps, each with an average length of 20 minutes.

When it comes to design, two factors stand out. First is lighting. Few have mastered the art of 3DR type lighting with its sharp, dark edges as well as Fernando has. So much ambience can be added to an area simply by drawing a line in the correct place, then adjusting the shade values of the adjacent sectors. Second standout factor is texturing. Fernando makes no effort to twist the game's existing textures into something new, rather making the most out of them as they are. This makes for a clean, polished look that combines beautifully with the strong lighting. The episode also makes good use of various Sector Effector tricks that most mappers seem to have forgotten even existed. Moreover, the maps are always interconnected and reward you handsomely for exploration.

The lack of a distinct theme makes progression more interesting, as you find yourself greeting any new map with excitement. Many of the maps bear at least some resemblance to the third FM3X episode with its rather unusual blend of various outdoor, hi-tech and urban environments. A few are outside Fernando's comfort zone, such as a castle map that did not match the visual quality of the rest of the pack. Fernando is also not at his best when it comes to crafting terrain, such as underground caves or a jungle environment. Only the last map was a more considerable letdown, being much too similar to The Queen, even including its symmetrical (and boring to play) layout. But design-wise, these are really the only shortcomings in The Uprising. Among the episode's high points were a map revolving around a tanker ship stuck in ice with some great use of timed lights (has anyone thought of this before?), and Sanatorium, a hospital map that stands as an example not only of how to best combine Atomic Edition with v1.3d textures, but also of how to forge a convincing hospital environment with stock assets and normal texturing. And while Pipe Dreams (E4L5) may suffer from progression and visibility related issues, it makes good use of both hi- and low-tech machinery, underwater parts (these are abundant throughout the episode) and lighting-as-a-gameplay-device.
As in FM3X, the player may stumble upon a jetpack that can be used to skip entire areas should the player so choose. This is another nod to the originals, and it's not at all a bad idea in an episode of such considerable size. Combat balance is fair throughout; ammo count is slightly below what you tend to find in usermaps, but it encourages you to search for secrets and rely on weapons beyond the usual shotgun and chaingun. And while there's a lot of back and forth navigation, I never found the maps relying on excessive respawns. Portable medkits were perhaps a bit too abundant for the first half of the episode, but their distribution evened out past the midway point. 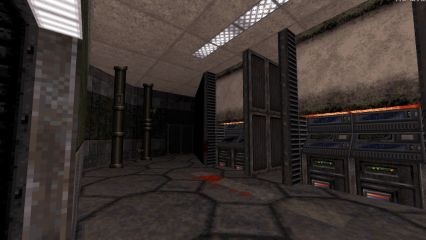 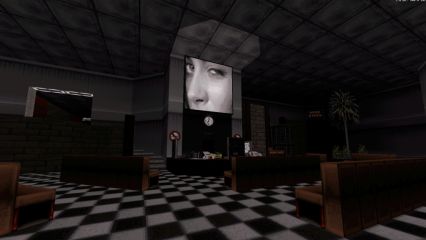 As for the gameplay aspect, while the maps get increasingly well made in terms of design, they also grow more sprawling, confusing and cramped. A string of maps starting with Fun Fair (E4L7) turned rather miserable due to how sprawling they were, all the while lacking a recognizable center. Fun Fair, the Babe Land reinterpretation, in particular was way too large and had way too confusing a layout for its own good, a neverending continuum of tight corridors with the occasional outdoor area thrown in to confuse you even more by offering several routes to choose from. This was then followed by the hospital map that, while it looked it great, could have used a much clearer layout to help guide the player through its sprawling hallways. The final insult came in the form of a temple map of sort (this one felt like it couldn't really figure out its theme). In addition to its tight, neverending corridors, the map's last puzzle section led me to cheat for the first time because, after a lot of jumping, avoiding traps and pushing buttons, I came to a full stop and only by cheating did I discover two hidden switches, as if one wouldn't have been insulting enough. The maps in general have too many buttons and locked doors, and while there are plenty of viewscreens, they rarely provide any useful information.

Another bigger issue is how dark some of the maps are. There's a nice touch, no question inspired by the original episodes, that almost every room has a light switch that you can operate. However, I didn't like how many areas were dark by default. It didn't help that I played this in the middle of the day, but I sure found the night-vision goggles useful in spotting the enemy and seeing where I was getting shot from (and their abundance seemed to imply all this was intentional). Add to this how cramped and confusing some of the maps were and I found myself annoyed much too often as the episode approached its finishing line.

Conclusion: In terms of raw design and use of its themes, Uprising is a clear step-up from FM3X, and it's impressive how far Fernando has come and established himself as his own man since the early days mostly spent copying the works of 3DRealms. Consistently fun combat and innovative use of various effects make for an enjoyable experience, at least for the first half of the episode. The episode ends on a somewhat disappointing note by insisting on increasingly sprawling layouts that add up to a confusing and disorienting experience. Still, this is an episode well worth playing, and if you're into exploration, you're gonna love every second of Uprising. 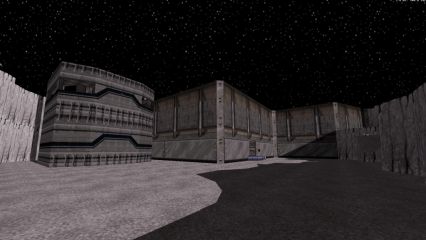 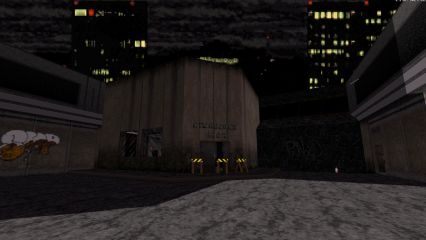