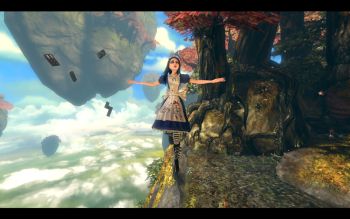 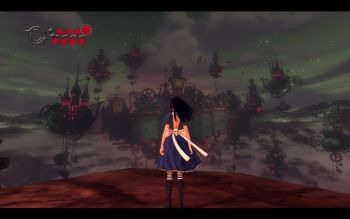 I never played the first American McGee's Alice, but from what I was able to gather while playing this sequel, Alice went a bit mad after her family died in a house fire. So, the game starts with Alice all alone in what is a very downbeat real world. While wandering the streets of London, you start to wonder if a dirty bomb is responsible for all the ugly, deformed people that inhabit the streets, but then you remember where you are - England - and suddenly it all makes sense. These introductory segments take only a few minutes and consist of simply making your way from location A to location B. Then Alice for whatever reason sinks back into Wonderland which is referred to as her refuge a couple of times throughout the game. I didn't find it that much of a refuge. Even the Disney movie made me uncomfortable as a kid: poor little Alice is all alone, seeking a way home but all she can find is a bunch of creepy lunatics who couldn't care less about her problems.

This rendition of Wonderland is filled with equally disturbing content. And I'm not referring to the impaled fishes, the crucified baby dolls or the Queen's castle that resembles someone's intestines. I'm talking about the anthropomorphic creatures. For whatever reason these things creep the shit out of me as they have since my childhood. (I had a similar problem with Spirited Away.) I avoided using the hobbyhorse weapon simply because it was too creepy: the bloody vorpal blade, in contrast, felt safe & sound. The blood and the skeletons of Chapter 4, the Queen's domain, were more down to my alley. The anthropomorphic fishes and cows of Chapter 2, not so much. So, after trips to such a Wonderland the degenerate-infested streets of London can be quite refreshing.

Oddly enough the game's shiniest part is its combat system. There's an automatic targeting system that compensates for the difficulty of aiming in the 3rd person mode, especially when you're expected to move around a lot while surrounded by several enemies. There are several things to keep an eye on while fighting including dodging projectiles while trying to avoid being encircled but it's all manageable because all the features of the combat system are brought in one at a time. By the end of the game you'll have no trouble disposing of many enemies at once without a scratch, utilizing all the weapons and moves available. Curiously all of the game's weapons maintain their usefulness throughout the game. My only little complaint is that jumping is blocked in the targeting mode and sometimes it may be a bit difficult to get the system to pick the target you want. Other than that, combat is easily the most rewarding part of the game. 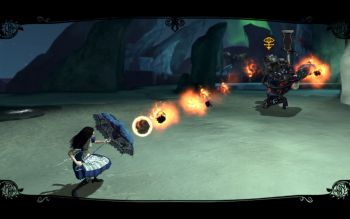 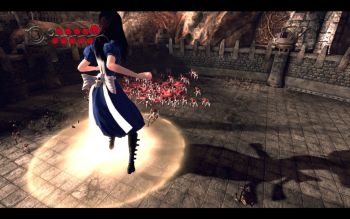 No doubt many, including myself, bought Madness Returns for its impressive visuals. And yeah, there's plenty of fascinating, disturbing and just cool art design (but also including some horrible low-resolution textures) but that art is pretty much the only thing that changes as you move from one chapter to another.

And therein lies the biggest problem. A pattern is established in the first chapter and it never changes. There are platforming segments where you, uh, jump from one platform to another, there are combat setups in between, maybe even a slide segment, then there's some minigame and then it's back to platforming all of which repeat the same pattern established very early on in the game. There are no puzzles ŕ la Portal or even Mirror's Edge which, even though was full of platforming, still forced you to think. In Alice solving a puzzle is just a matter of hitting a switch and performing a succesful jump. Granted, the platforming sections are well made in the sense that they're fair: Alice is easy to control, her jumps pack a lot of power (she can double- and triple-jump) and when you fall into a void you don't really die - you just turn into butterflies and are teleported not too far from the spot where you decided to take a dive like a good hockey player. Considering the amount of platforming, this is only fair. There's also a bit of exploration: big outdoor areas can easily hide secrets and you can reveal hidden paths when you're shrunk. Exploration can result in more teeth, which are useful as they can be used to purchase weapon upgrades, memories (short audio clips) and bottles, which are totally useless.

But damn, the chapters never know when to stop. You're essentially playing the same level over and over again. I managed to squeeze 14 hours out of this game (actually 12 hours according to the in-game clock) with a completion percentage of 91 but several reviewers and gamers have reported normal runs lasting around 20 hours. There just isn't enough interesting content to justify such a tedious length. This is a shame as it'd have been extremely easy to cut each chapter's length by a third, maybe even by a half, resulting in a less repetitive, more meaty package. Moreover, it never quite feels like you're getting somewhere. The chapters are too disconnected story-wise; it's as if the story was made up afterward to justify Alice's self-induced trips to Wonderland. Each chapter has just one short bit where Alice recollects a memory of her past. These moments come pretty much out of nowhere and are the only thing that advance the game's rather depressing plot.

Conclusion: Madness Returns is filled with solid platforming, satisfying combat and impressive visuals but the game sinks into a repetitive pattern of which it never lets go. Also, even when I was not pissed off at its length I still found it difficult to really enjoy the game due to its creep-out factor and rather depressing storyline but that's just me; I'm sure many of you will appreciate the aspects I found unsettling. 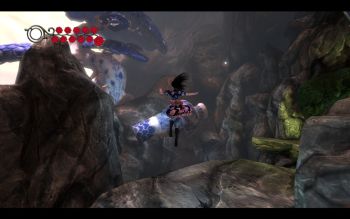 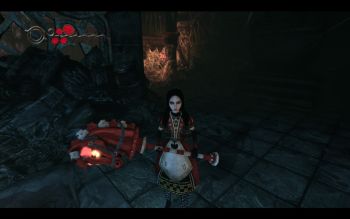 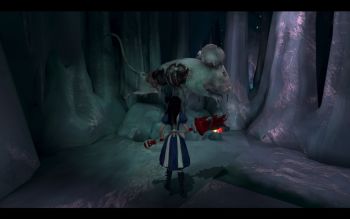 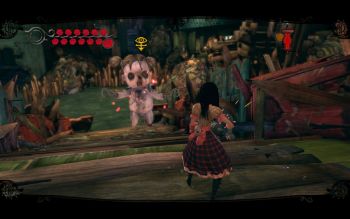