The Review: The "autistic hitman" is back, this time in Ukraine, a country invaded by Russia to liberate Ukrainians from silly and misguided notions of sovereignty, nationhood and life itself. To those of us who thrive on a daily dose of news about Russians burning in their tanks, the map offers around 10 minutes of unadulterated fun. Combat is fast and punchy and the map is packed with visual jokes ranging from Russian proclivity for alcoholism to self-destructive imperial ambitions (the country did collapse twice in 70 years, after all, and that third time never seems too far off), all wrapped in the quirky fantasy world of Mr the Killer. Design-wise the map is maybe a bit too tidy and "Western" to resemble a city somewhere in Ukraine, but this is still a cartoony fantasy world, and with well-designed tanks and trucks bearing the "zwastika" scattered across the map, there's at least enough going on to give the impression that a war is raging.

Conclusion: Ukrainian Mission reminds us of the old wisdom that one of the best weapons we have against tyrants like Putin and his supporters is laughter and ridicule. Slava Ukraini! 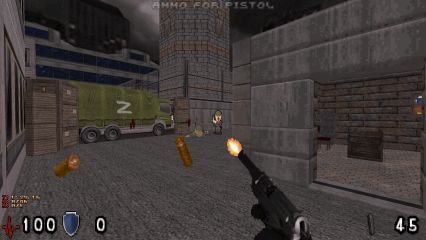 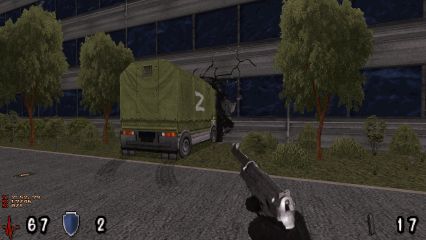