The Review: The sequel to Detain got out faster than I expected, but at the same time it's merely a short boss map to wrap up the short episode. The concept isn't all that different from the boss map I designed for Metropolitan Mayhem; you've got a Cycloid Emperor on a rooftop in the middle, surrounded by various high-rise buildings. You then go around the area collecting ammo with which to kill the Emperor. There's some freedom of navigation here; a jetpack is provided as soon as you step out of your crashed rocket, and there are many more of them available as you fly around the area. (There's some danger of running out of fuel and getting stuck, but you've gotta be really careless to end up in such a situation.) Ammo is a bit scarce especially if you're going to take care of the Emperor's minions (no reason not to really), but then again it's only good you're not instantly provided with 99 Devastator rockets. The map's design relies on strong shadows just like its predecessor, which works really well here with all the tall buildings casting shadows all over the place. There's some impressive spritework too, but I came across some jarring flickering sprites in Polymost mode; dunno if this was an issue with the mode, the map or the EDuke32 version I was using. All in all, while this isn't the epic sequel to Detain I was kinda expecting, it's still a fun and modestly challenging map that does the boss fight better than 95% of maps out there. 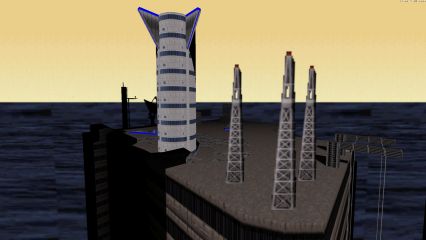 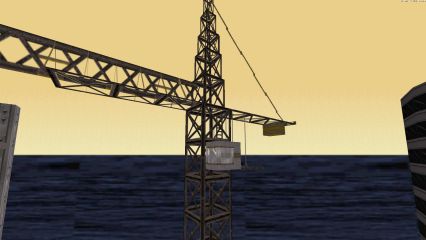