The Review: A follow-up to Penthouse. Duke's chopper crashes, again (they probably shouldn't let him fly), and soon he finds himself deep underground. An EDF facility has been taken over by aliens aaaand - well, you know what happens next. I can't think of much to say about this map. It's competently designed with strong lighting in particular, but it's the very definition of a generic base map. The author's previous maps had several "wow" moments, but this one lacks those, being more corridor-based and "flat" with not a lot of variety in texturing. The physical location (it's not merely an underground but underwater facility) is barely taken advantage of. There are several two-way trains, but they are a lost opportunity to provide some cool sights of your underwater surroundings. That being said, I had fun playing the map; combat is balanced and the map seemed to progress on its own - until the end, that is. There's a button puzzle that I was unable to solve. I checked the solution afterward, but this is one of those where an author's attempt at being clever means most will simply stop playing (or resort to cheating). The ending too is disappointing, as I was expecting some kind of a destruction sequence that was hinted at in the viewscreens, but we'll see how the sequel pans out. All in all, a solid map from a talented new mapper, but it's awfully generic and that button puzzle really takes the fun out of it (here are the solutions: A 01010111, B 11001010, C 10010010). 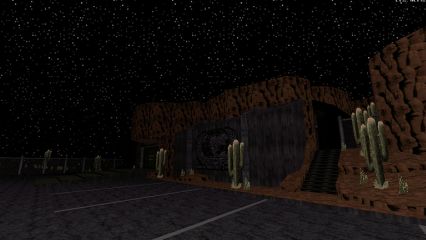 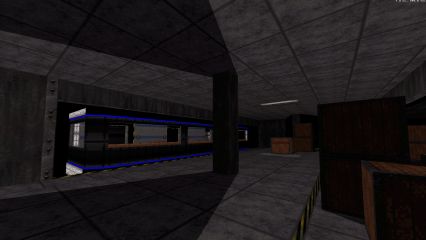