The Review: A follow up to Bank Job, Penthouse begins with a Rapid Transit type of underground scenario. This subway segments plays more like map's immediate predecessor, with somewhat constrained surroundings and plenty of dark corridors (even too dark, as I again struggled with being able to see stuff in broad daylight). Lighting is again the map's strongest aspect while texturing is used conservatively to mimick the originals; don't expect any blasphemous texturing as you'd in a map by MRCK or the Oostrums. The opening segment alone is about as large as Bank Job; it takes quite a while for the player to finally emerge out of the subway system. While there you're occasionally teased with enticing sights of the streets beyond. Again the author seems to excel at these outdoor areas; the effect of strong lighting with its clear divisions between light and dark is most pronounced here. If the first segment played more like a traditional Duke3D map, the street area is more like those hub-style city maps with various visitable locations (and a cool highway overpass for decoration).
Combat is fair but health is occasionally quite sparse, and I was often running around with less than 50 points of health. A welcome challenge as far as I'm concerned, but objectively speaking some less experienced players may struggle a bit, especially with some Battlelord spawns later on. Navigation-wise the map is mostly fun without being too easy; using the automap helps as do the various viewscreens spread across the map. Also, don't forget to break the easy-to-miss glass covering the Nukebutton..

Conclusion: The author seems to be on a roll, as Penthouse is a clear improvement over its pretty good predecessor. The map is quite lengthy too and I enjoyed how different the two halves of the map were, and while Penthouse strongly relies on lighting and texturing for its good looks, detailing too has been taken up a notch since Bank Job. Three more maps should be on the way, so expect more good stuff from Michael. 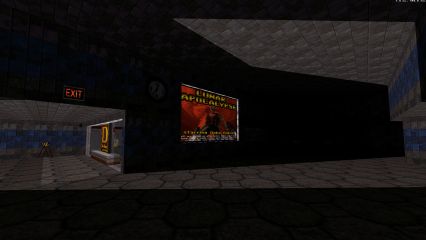 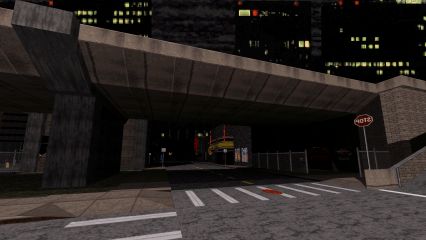