The Review: Duke's weird but fascinating journey in a unique world crafted by High Treason continues in Dimension Shift. Upon getting his spaceship (obtained at the end of the previous installment) blown up, Duke ends up stranded in a mansion where the laws of decoherence don't seem to apply. In lay terms this means you'll be investigating several iterations of the same map, doing stuff in one quantum world, then seeing the effects of those actions in another. At first you'll be scratching your head, then enjoying the creativity of the idea, until finally getting a bit tired of the trial and error of trying to interact with various objects that you suspect might do something. As with High Treason's previous maps, all the cool new tricks (and there are plenty of them) were achieved without the aid of any new code, truly an impressive feat in this day and age when you'd think the editor's capacity to still surprise were long exhausted. The map's atmosphere is really good too, being both gloomy and weirdly fascinating without resorting to the usual haunted house scare tactics. As the focus is on solving puzzles, enemy placement is a mere afterthought, but at least it's better than BobSP1esque "this map is too good to have monsters in it". The map comes bundled with an ancient version of EDuke32 that should be compatible with the map's tricks that may completely break down in more recent versions of the engine. Unfortunately the old "snapshot" causes a whole bunch of other issues, including missing sound effects and some visual errors. Other technical aspects of the map seemed fine, and there's plenty of good spritework and lighting to go around, but some invisible walls felt a bit obnoxious.

Conclusion: High Treason is one of the most interesting mappers these days; with him behind the wheel, you know you'll be getting something no one has ever done before. To be sure, after the initial effect of the map's gimmick wears off, it becomes a bit tedious to bounce around a room, trying to interact with whatever you can find, then doing the exact same thing in another iteration of the same room, but the map just about ends before that vein in your head pops, leaving you hungry for more creative maps like Dimension Shift. 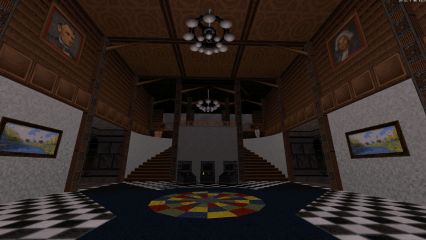 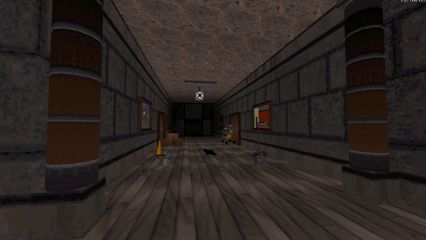