The Review: This is an early map from Bill Buchalter, obtained by Corentin (see here for more background information). Bill went on to work on commercial add-ons such as Cryptic Passage (Blood), Route 66 (Redneck Rampage) and Life's a Beach. Being from around 1996, not much should be expected, but Big City actually delivers a solid 10 minutes of fun. Like the original city maps, it looks small on paper, but due to the nature of the map's layout and gameplay, it adds up to a medium-size map. A bit of length-padding cannot be avoided, though; there's one sewer area you end up going through 2-4 times to get back to the main street area, which gets a bit tedious. Texturing, trimwork and general design all owe to the originals, but lighting is a bit lacking, missing the kind of strong contrasts the originals are known for and that'd have fit a map like this perfectly (the second screenshot below is pretty much the sole exception to this). As for the map's range of locations, you get exactly what you'd expect from a generic city map of the era: a bar, an arcade, some apartments, etc. There's a cool subway system that surrounds the map and is located above street level; I wish more of your navigation took place here rather than the bowel sections of the map. There's also a slight bit of vertical navigation, with locations ranging from the sewer to the top floors of apartment buildings, kinda reminiscent of LA Rumble, albeit on a smaller scale. Like the originals, Big City relies on a conservative number of enemies but without being too easy; I very much prefer this over some of the excessive monster spam I've seen in more recent maps lately. For a smallish map "Big" City has plenty of secrets; ten, including one nasty trap, so if you're into '90s style exploration, look no further.

Conclusion: Big City would be worth playing for the sake of historical curiosity, as its author went on to become a mapper for Sunstorm Interactive, but this one breaks the Hot Map barrier and thus would be worth a play had it been designed by anyone. While nothing remarkable, the map has some of the "it" factor that explains the author's trajectory toward commercial projects (under the guidance of none other than Robert Travis). 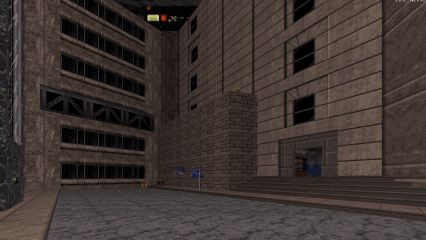 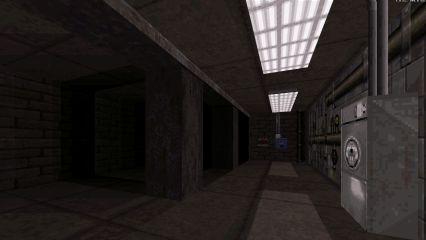