Description: Duke traverses down a snowy mountain in order to fetch some beer from a nearby town before attending a New Year's party; a scattered group of aliens tries to stop him, perhaps not knowing that such attempts haven't exactly worked in the past. Will Duke see the year 2019, or will his corpse finally be paraded through the streets of the alien capital?

Into it: It's kinda hard to put a finger on this map; it's weird but not in a way you'd expect. The skies are all flat, the map is filled with pop-culture references (including a personal favorite of mine at the very end; fellow South Park fans, do not miss this map!) and the scale of things is "oppressive" as if in a dream, a sensation heightened by the fact that the area is enclosed with what could be tall trees, but it's kinda hard to tell what exactly the author was going for with all those tall pillar-like structures that surround the map. It just so happens that I watched The Truman Show only a few days prior; this map is kinda like that in that you're in a realistic environment but at the same time everything just feels wrong about it. At first I couldn't decide whether the author was half-assing stuff to meet the Christmas release date or just consciously going for something completely different, but it's really the results that matter; I don't think any map has ever conveyed the kind of a strange ambience this map does, and it's all the better for it. I played this shortly after XMAS 1997, so the high number of aliens at the start of the map had me worried a little bit, but that early impression is misleading; the map eventually settles for a more reasonable monster count. Moreover, ammo is not that plentiful, which should keep you engaged and alert.

Conclusion: Originality goes a long way these days. In addition to its hard-to-define, dream-like atmosphere, the map's sense of scale is impressive and there are plenty of details to keep an eye on (at least after the somewhat empty first segment). The gameplay could have used a less traditional approach as well though. 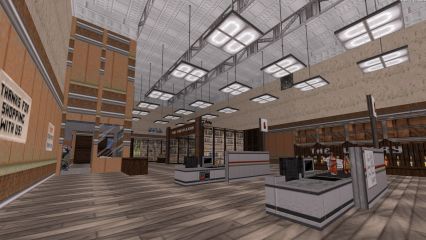 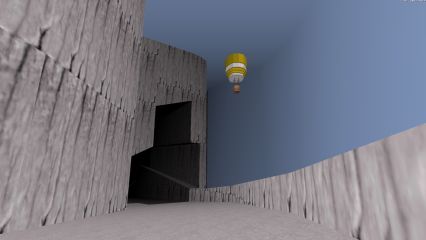