The Review: In Alejandro's return to mapping Duke must clean a riverside district of Buenos Aires, which seems to be infested with aliens. While Alejandro's design is instantly recognizable even after a whopping ten-year hiatus, he's taken another step further away from the crummy-but-polished hi-tech bases and warehouses of his past. Adg 06 takes place in environments where you could imagine living (if they weren't located in South America, that is), and all of it takes place against an amazing city backdrop, made vibrant by an endless stream of moving vehicles. The posh apartments that bear witness to Duke's orgy of violence boast some of the best trimwork and texturing this game has ever seen, and once again you're treated with new texture combinations that should make you go "Why didn't I think of that?" Compared to all this polish and consistency there's a weird and immersion-breaking dichotomy between the starry night sky and the map's high overall brightness level. Ale's previous map, Another Timeless Night, suffered from the same problem, but it's even more noticeable in Adg 06 because of its massive city backdrop.
Gameplay is fast-paced, enjoyable and balanced as you'd expect from the seasoned author, but it's ultimately disappointing, if not even a step backward, being essentially a shooting gallery where enemies respawn before your very eyes (which is a major faux pas if you ask me). The massive city backdrop is a bit deceptive as well: the map itself is very linear and quite short at 10 minutes. There's a new music track that fits the ambience and the constant pace of the map quite well.

Conclusion: If there's one thing Adg 06 makes clear, it's that its author is still one of the best in the community when it comes to raw design talent. Not only is Alejandro just as capable of creating stunning indoors environments as before, but with this map he has brought in an element of Conceptual Grandness as well, so often lacking in his past maps. It's then regrettable that these ambitions have not been matched by equivalent developments in the gameplay department. 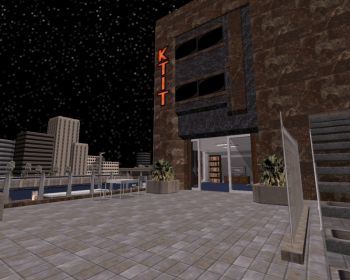 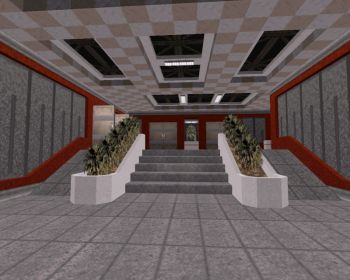