Description: Duke's trip to a trainstation turns into a war against alien foes.

Design: Ale's attention to details never ceases to amaze. There's plenty of innovative sprite tricks and texture usage is brilliant. The map was a bit too bright at times but that's hardly a problem. Sprites were used to build every chair (among other things) in the map unlike in most maps where furniture is just a bunch of solid blocks thrown together. The location looks like a real trainstation/mall and the street section is filled with architectural greatness.

Gameplay: There's a small build-up before the action starts. Some of you might dislike this type of gameplay - I didn't since it's not something you encounter every day. The gameplay escalates - there's plenty of enemies near the exit. You're given enough firepower and health so it's not frustrating at all. There are some blocked locations which look very good. Some experienced crashes while playing the level but I did not.

Conclusion: The build-up provides a sense of originality but we've seen it before. Ale once again comes up with many interesting ways to use sprites to create things you thought you wouldn't see in Duke. Also remember to check (or re-check) The Lost Moonbase, Welcome Home, Military Madness and Alien Wipeout from Ale. 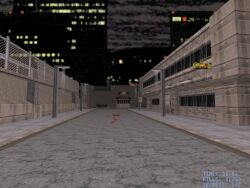 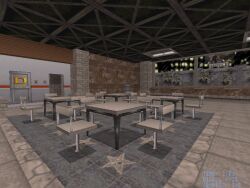