Rusty Nails, having worked years on tons of Duke3D maps and mods, has had trouble actually releasing stuff. His debut usermap is Of Pigs and Men, a hottie that utilizes both Polymer and Attrition.

Here's Ethanol Fever, a map that's been sitting on its author's hard drive for a few months now. It's a small city map, short but fun.

That makes four new maps in just two weeks and believe me more is on the way!

Zykov Eddy's series of dream-themed horror maps just got a third part, turning the series into a trilogy. Check A.dream trilogy for some scares and zombies!

So, a third of you thought that both 3DRealms and DNF were gone.

I probably should have closed the poll ages ago to get a better picture but the results should be more or less accurate. Anyways, a new poll is up!

MRCK will be gone for a few months but his departure provided an incentive to finish a map he had been working on lately. So, go check out Anorak City!

As promised, here's a review of LOST.

A quick update, here's LOST, a new map based on Lost, the tv series. The map will be reviewed tomorrow!

Sorry folks, I really haven't got a good excuse for not updating. There are a few new releases floating around some Duke forums so they should be here soon as well. Meanwhile, Call of Duty 4 has been reviewed.

We'll open 2011 with Sanek's Dayz of Our Lives. More fine maps are on the way!

It's more than two hours past midnight but this update will be a 2010 update nonetheless, and as such the two maps "released" today will count toward the 2010 mapcount as well. So, here's how 2010 looked relative to the past six years in terms of "new maps/mods released at MSDN".

So, we hit a few bumps on the road but in terms of quality we had tons of awesome releases this year, including AvP 2, Imagination World 2 and Duke Eternity. Duke Nukem Forever was revealed to be back on track in September and it might be out in 2011, maybe even in the first quarter. It'll be interesting to see how the eventual release of DNF affects us here in the Duke3D community, the best community in the world.

But hey, this site is about Duke3D maps so here's Desert Storm by Loke. The map scored a respectable 97 so waste no time reading this and download the map immediately. You might also want to check out Sanek's Dayz of Our Lives, which will be reviewed later.

Anyways, happy New Year! I'm off to watch (on tv, that is) the US junior hockey team beat the shit out of Switzerland so you might as well take this opportunity to start working on a new map. Keep Duke3D alive!

Ho ho ho, it appears that at least someone cares enough about Christmas to release a new Duke3D map, so check out School, a hottie of 85 points.

No "traditional" Christmas movie screencap today because traditions are there to be broken!

And don't forget to check out Steam Xmas sales, tons of interesting titles floating around at negligible prices.

Uh, come on guys, get something done for Christmas! A Christmas without new Duke3D maps is a Christmas not worth having.

In preparation for the release of Duke Nukem Forever (among other games), I finally bought a new computer (pity the fools who bought a new computer just for DNF years ago), details of which can be seen on my XFire profile. So, that's taken a bit of my time lately but it's not like we have had many Duke3D releases during my "absence".

Anyways, check Micky C's Libraryl. Curiously, the map runs worse (in Polymer) on this brand new computer than it did on my old computer:(

Wow, we have a snow/hi-tech map streak going on! Supply Depot, EmericaSkater's first public release, scored a respectable 90 points so take a look.

I'm finally done writing a 20-page paper for school. It's taken pretty much all of my free time for the past week or so. Anyways, here are some shots to make you drool: 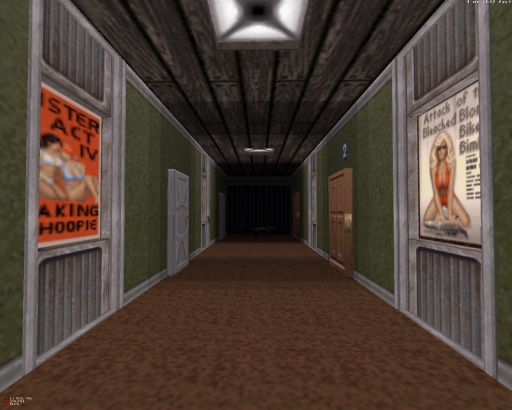 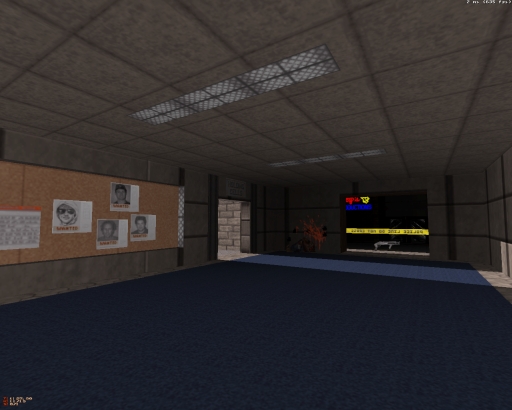