Forge's new map, Duke 23:4, is surprisingly excellent, even when considering the fact that I expected it to break the Hot Map score limit (85) easily. So, the map turned out to be worth 95 so get yours now!

This one is without a doubt among the biggest releases of 2010. DanM's Duke Nukem Eternity is finally out and reviewed. Unfortunately, to run Eternity you need a good computer. If you're barely able to run Duke3D with hi-res graphics, you can forget about Eternity. The rest of you should get prepared to witness some amazing graphics, the best in a Duke3D map so far.

In case you're not convinced: 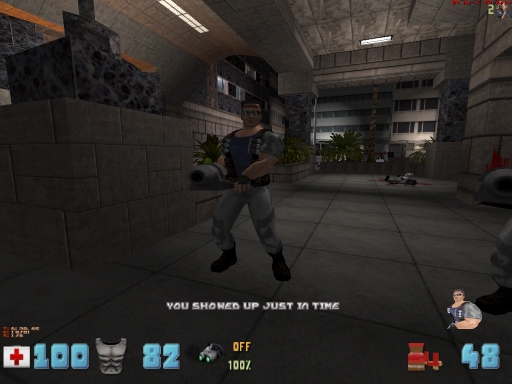 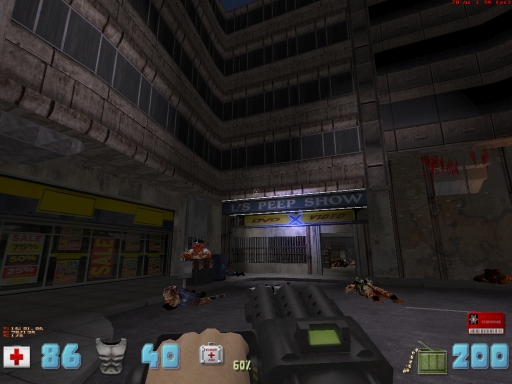 Sanek's got a new map and it's of the bizarre variety with some Stranger-influences (if the name doesn't ring a bell, you're not a true Duke3D usermap player). Check 1999Russia.

A couple of weeks ago I participated in another "speed CBP", a collaborative project where every mapper is given a certain amount of time to build his part. Our masterpiece, Suburban Hive, is available now.

A preview of "Mincer City" added to Upcoming Maps. In addition to that, a couple of new maps are on the horizon so keep checking this site.

We have a new logo (by RazorZ) and Upcoming Maps section has been updated to more accurately reflect the status of some of the "in construction" mods. Also, we should have another CBP done either this weekend or next week so keep your eye on this space.

Three weeks late but here's a review of Demolition Plant.

I'm working on AMC TC (more info here and here) and here's a trailer of my upcoming map for the TC.

This update took a bit longer than I expected but I had a friend here for more than a week so I took the opportunity to play as many games as possible because I won't have much time to play when a new semester starts next week after a three-week Christmas holiday.

I've got two reviews for you: Sanek's Countdown to Christmas has been reviewed as well as the game Judge Dredd: Dredd vs. Death which some of you may have recently purchased via Steam.

It doesn't look too bad but one should consider the fact that there has been a considerable slump ever since 3DR went down. The year began very optimistically, but the last two thirds of 2009 were less optimistic. However, I can guarantee that some very worthy releases are only months away so even if 2010 turns out to be disappointing in terms quantity, it won't be disappointing in terms of quality.

But hey, this is a Duke3D site, and I'm here to notify that RazorZ's "Resistance Rocks" just got a sequel, "Demolition Plant". I haven't checked it out yet properly but it seems to be a pretty damn fine map so grab yours and play it. A review will follow later, along with a review of Countdown to Christmas. 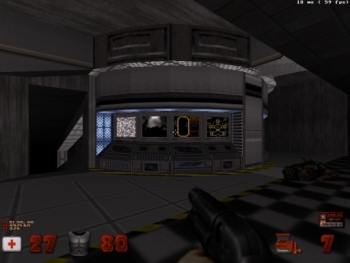 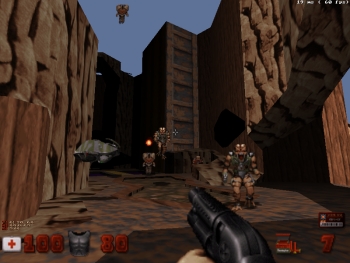 Sanek took over Santa's job for this Christmas as he released his Countdown to Christmas earlier today. It's a three-map X-mas episode, his first Hot Map release. Since I don't intend to spend any more time today on this computer than necessary, the pack will be reviewed later but you can download it below and see some screenshots. Merry (atheist) Christmas! 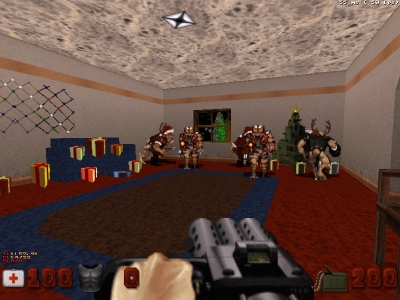 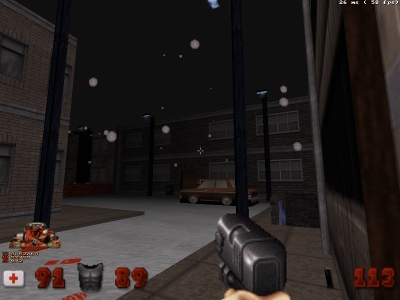 Oh, and don't forget the true meaning of Christmas in the West today, the celebration of affluence and the economic system that's made it possible, Capitalism: 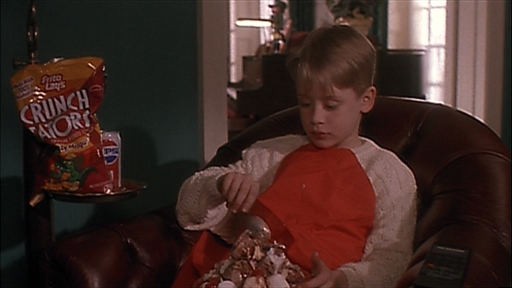 I'd have reviewed another "out of the grave" map but I got stuck trying to find a blue key so instead here's a trailer of Duke Nukem Eternity, a map from the author of Tribute to Action 2.

In other news, the ingeniously named "Duke Nukem 3D TC Site" recently reviewed my brilliant Brave New World. Here's a bit: "the one part that was hard was the part were you have to jump across the tiles in mid-air the first one to me seemed far I ended up dieing alot so I gave up and did clip to get across that"

This issue has been brought up a few times actually. The problem is that the part is easy when strafe-jumping. However, many players are (surprisingly) not aware of this technique and therefore fail to make the jump. This is one reason why maps should be beta tested because you yourself may be unaware of serious, gameplay-destroying problems a map might have. Strafe-jumping comes naturally, so I failed to spot the problem. Maps should be n00b-proof.

Since you guys stopped mapping after 3DR went down, I'm forced to dig some graves. Here's C3PO's Research Station from ages past.

Gonna get some sleep and enjoy a few days of vacation starting tomorrow but here's a quick update, a screenshot from an upcoming sequel to LAW's AvP TC: 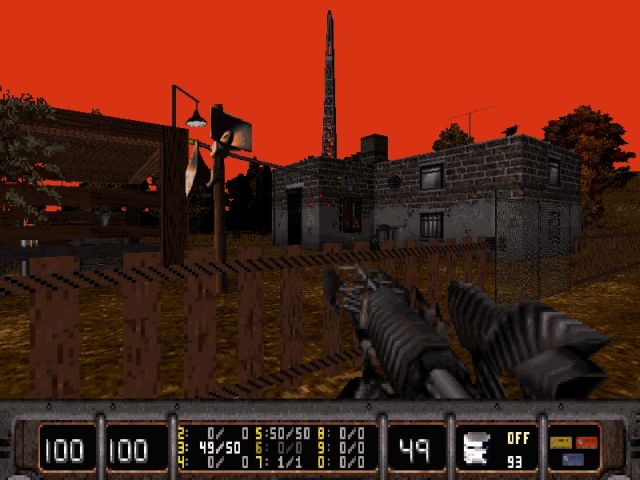 Following my habit of giving presents on my Birthday, here's a review of WGRealms 2: Siege Breaker.

William Gee's WGRealms finally has a "sequel". WGRealms 2 went through several phases (including a version using only high resolution graphics) before hitting its current, Quake-like form with RPG elements, coded by DeeperThought.

The EDuke32 version in the pack is fucked so you may have to download an older version. The mod is standalone.