I never thought about buying this game. Original Wolf meant nothing to me. RTCW looked just like a normal FPS game. But the demo was quite cool so I bought this game.
So far single-player game has been reviewed in all magazines as 'ok'. Multiplayer game has been rated as 'excellent'. I really don't have anything against nazizombies. I do like realistic games more these days but those zombies and other imagination stuff didn't bothered. Good old end-of-episode-bosses are included. You don't need brains to survive. Only some firepower. The last boss was a dissappointment. All I had to do was to run and shoot. No tricks or anything difficult.
If enemies aren't realistic then at least weapons are. They sound nice and they act nice. Guns are from Second World War apart from two (?) imagination guns which are somekind of a lighting gun and a minigun (I bet they included this because original Wolf had this too).
Levels are excellent and realistic. There are submarine bases, ruined cities, some green valleys and other nice locations. Graphics are excellent as well as lighting and stuff. Even the graphics looks sweet they still aren't on the same level with MOHAA's graphics.

Multiplayer game is not as good as people say it is. D-Day level is quite cool with nice ambient sounds and very good looking bombings. I just love to play this level as a sniper. Other multiplayer levels feel too Quake. Run, shoot, kill. If you die you don't have to wait long to return to game. It makes action less serious.

RTCW is a comic book version of WW2. You don't need brains to complete the game. Puzzles are very easy and there are no real missions during the levels. There's nothing major wrong with the game but it starts getting boring. There's nothing special really. Best moments of the game were two (?) silent missions where you had to move silently to avoid alarms. Multiplayer is good in one level but there are many others better multiplayer games out there. If you buy this you probably enjoy it. But I suggest you to buy MOHAA instead of RTCW. 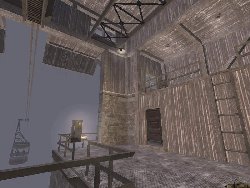 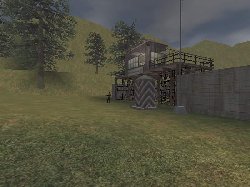