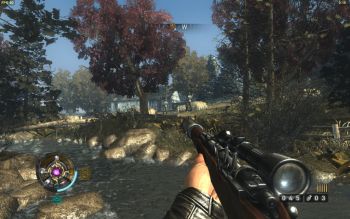 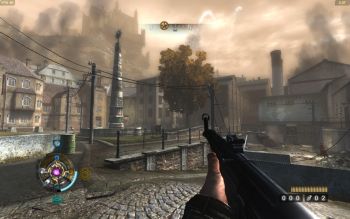 To me Wolfenstein is an exhaustion point as far as Nazi zombies (mutants, spirits, whatever) and World War 2 are concerned. The game is essentially a hybrid of Call of Duty 2 and Return to Castle Wolfenstein. Its new feature are some weird mystical crystals that allow you to enter a parallel dimension ("Veil") where you can kill enemies more efficiently (by slowing down time, for example; slow-mo isn't the only thing this game stole from F.E.A.R.) and reveal secret paths. Besides that, not much has changed and while there are some improvements and innovations, the game's core remains rotten.

Besides the Veil feature, another aspect that differentiates Wolfenstein from its predecessors is the town of Isenstadt that serves as a hub where people (fellow Resistance fighters) beg you to complete various optional and non-optional tasks for them, you being the baddest motherfucker in town. Once you're done running someone else's errands, you return to the hub. Basically this means you'll be clearing out the same streets over and over again, each time the same way.

So there's a bit of optionality, but even if you do complete all the missions the game is only about seven hours long. I'm not sure how many missions I missed but according to the game log I had completed 80% of the game upon entering the penultimate mission so I must've gone over 90%. This despite the fact that I missed at least half of all the gold that was scattered all over the world. The game also has - surprise surprise - audio logs but you cannot listen to them while playing which is irritating. 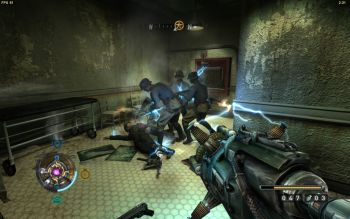 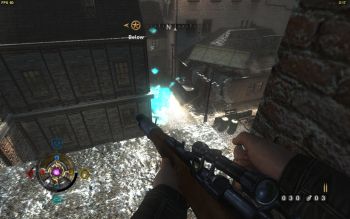 The gold can be used to purchase various weapon/Veil upgrades at the Black Market. This is the second good thing about the game. Upgrading is not necessary but it helps considerably. How much you're willing to explore translates directly into more money and as such more upgrades. But you're not forced to rely on tedious exploration too much. As I said, I missed around half of all the gold but had no trouble dealing with enemies. The game's hi-tech weapons are fun, by the way, especially when combined with Veil abilities.

Apart from the repetitive theme (WW2 & Nazi occultism), the biggest problem is the game's CoD 2 style gameplay. Your health regenerates (there are no health packs) so you can simply stand still and shoot at your enemies, at least if you keep a distance (as I demonstrate here). You simply cannot die this way, at least not in normal combat situations. This pretty much means that the only way for the game to increase challenge is to rely on cheap tricks, for example by suddenly filling a room with tons of enemies. (At least there were no enemy respawns so it's not quite as bad as CoD 2.) Not coincidentially the best part of the game was a hospital mission where you didn't have to do any fighting for minutes. Of course even that mission soon degenerated into a shootout. Boss fights were pretty cool and they always involved some simple trick so that you couldn't simply shoot your way through them.

Conclusion: In terms of theme we've got a game that's got nothing new to offer, merely recycled locations from previous WW2 shooters. In terms of gameplay we've got a game that is either incredibly easy or relies on cheap tricks, all thanks to health regen. The Veil dimension is a nice gimmick and makes combat more interesting but even that is really nothing new and cannot, even with the upgrade system, save an otherwise dull first person shooter. The world is in desperate need of another world war. 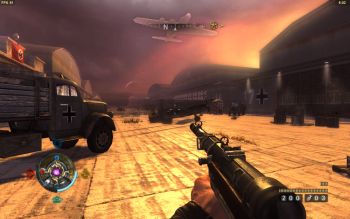 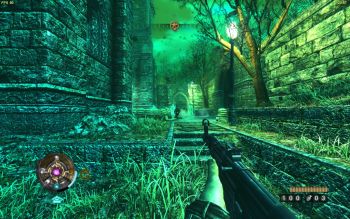 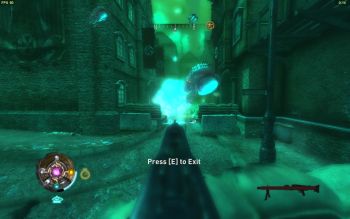 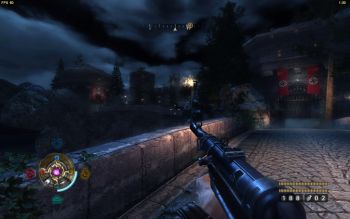