White Noise is a three-map horror mod in the vein of a.Dream, The Stairwell, or really anything by Zykov Eddy. There's no reinvention of the wheel in White Noise; as you make your way through the various corridors of wherever you are, you're treated with the usual repertoire of jumpscares involving fearful sights and sounds, not to mention the logs and notes left behind by the presumably now-dead humans. Gameplay too revolves around the usual hunt for buttons and keys, with action playing an increasingly bigger part as you near the end of your journey. Still, despite the constant sense of "been there, done that", it's all well made and entertaining. The mod can be scary at times, although it doesn't really even come close to the heights of, say, Slender's Woods, a game/mod that I never even had the courage to finish. In contrast to the more atmospheric, jumpscare-infested start, the last third of White Noise gets very action-oriented, even intensely so; as a result, there's a nice sense of relief as you reach the end. Health and ammo are scarce, which should keep you on your toes and cherish every health pack you manage to find.

What really surprised me is that I could actually enjoy this Polymer-only mod without any major framerate issues aside from the first large area of the third map. This is even more surprising considering the previous version, released a few months back, was still almost completely unplayable on AMD GPUs. While the maps are rather modest with respect to detailing (not bad by any means but certainly not up to the quality of recent usermaps), the Polymer lighting and its implementation give the maps a lot of life in a way the old engine could not. In fact, they're a perfect fit for a horror mod like White Noise.

Conclusion: Despite the predictability of its horror elements, White Noise manages to keep you entertained thanks to its well-implemented Polymer lighting and evolving gameplay that steadily progresses from quiet exploration interspersed with jumpscares toward intensifying, heart-stopping combat. 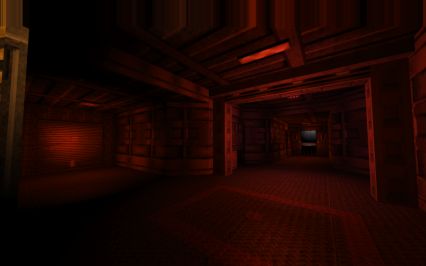 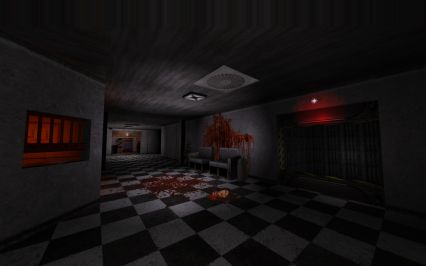