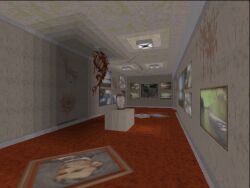 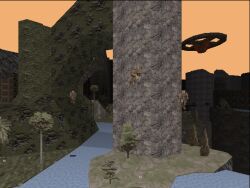 William Gee completed this mini-'TC' at an incredible rate - It took him a bit over a year and it's better than most TCs which were/have been under construction for years. Gee's mini-mod has five levels (one intro, three standard & one boss), some new weapon models, some new sounds & a lot of new textures.

The levels are magnificent. The architecture is huge and full of details - and still the levels tend to be big. I completed the pack twice - first with s2 then with s3 and died maybe once when I fell down into a pit. Got stuck once (damn blue crystal) and wandered around a bit in 'Open Season' but that's about it. Piece of cace - compared to Gee's previous levels where the amount of enemies made the gameplay frustrating (but never really frustratingly hard - the combats were pretty easy). Due to the 'open' nature of the second & third level the episode feels pretty unlinear. Level themes vary a lot - your journey begins at Duke's house somewhere in New Zealand and from there you continue to some medieval castle, followed by this massive outdoor level 'Open Season', then you end up in a crystal mine (very beautiful use of numerous blue textures) and after that it's time to face the big bad boss in the middle of Egyptian pyramids (with some nice traps). New textures are excellent and fit with each level's them.

That's pretty much it. There are two 'new' weapon models from Premium Edition TC and a bunch of new sounds. Episode's soundtrack has been well picked. Especially the two Unreal Tournament tracks fitted well with the mood of the episode. Only thing to complain is that the files are not inside a GRP file but so that you're forced to overwrite some of the files (and the best thing to do is to have a fresh Duke3D Atomic installation) which is just stupid in a world where GRP files do exist. 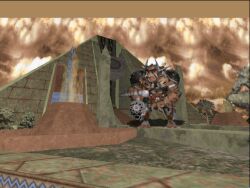 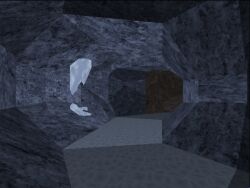