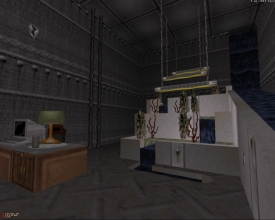 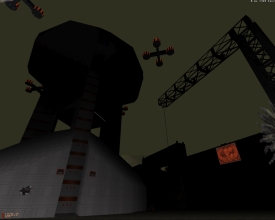 Puritan has "recently" released several good maps so naturally I've been wanting to try some of his older stuff as well. Vermin Clearance (released in 2004) has been on my "to play" list for some years now.

The episode (replaces the fourth) has 11 levels, two of which are secret, and some minor con changes. The levels are big, each taking about thirty minutes to finish. A big part of that is spent on tedious switch/touchplate hunting which takes me right to Vermin's biggest problem: the gameplay.

Every map has a few hidden essential buttons. They've either been masked to look like something else or placed so that walking around the map in a casual way results in you missing them. This leads to the kind of gameplay where you, when stuck, end up screwing every wall around you, hitting space in the hope of finding a hidden switch or a touchplate sector that activates something. This is neither rewarding nor challenging; it is just stupid. Even more, those not familiar with the engine can get hopelessly lost since they may not be familiar with the various ways you can hide switches. (The situation is not much helped by the fact that there rarely is any indication of what a given switch does.)

It's not much better in the action department. Each map has quite a bit of monsters and plenty of them are respawns that fill hallways you just finished clearing (see "Unaided Mission" for the worst possible use of this method). You've got plenty of close quarter combats with Commanders, making dodging rockets frustrating and you've got monsters spawning right behind you every now and then. Then there are timed explosions that have a habit of blowing up in your face when you least expect it. Annoying, to say the least. There are a couple of instances where you open a door (or call down an elevator) only to find a Battlelord an inch away from your face.

To make matters even worse, your entire arsenal is taken from you at the start of every level, for whatever weird reason. Not only makes this no sense but it also puts you in a situation where you play through a map without ever seeing standard issue weapons such as the pistol or the chaingun. Then there are situations where it is assumed that you have explosives in your arsenal but you don't because the only pipebomb stash in the level was given to you ten minutes ago and you've used all of them by the time you need to use one to blow up a crack.

So why the cheap tricks? Beats me because there's nothing about the levels that calls for puzzles like these. In fact, design-wise most of the levels are pretty good, especially in terms of lighting which manages to catch your eye from time to time. Puritan also handles big areas pretty well and the last two levels ("Recapture" & "The Hunt") look very good, especially the last one with its dark mood and some impressive visuals. However, nearly all levels are of some generic hi-tech variety so distinguishing one level from another a couple of weeks after playing the episode may be difficult.

Conclusions: Judging solely by design, most of the levels would count as Hot Maps but the fatally flawed gameplay manages to spoil most of the fun. It'd be more tolerable if the rewards were considerable, such as in Oblivion, but here you're bound to feel a bit disappointed and frustrated when you finally finish the pack. However, it should be noted that Vermin Clearance is dated and that these days Puritan pumps out much better maps. 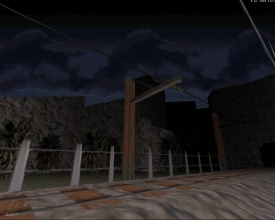 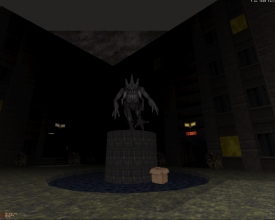